Saving the Reef with Coral Trees

The Great Barrier Reef is under threat – from all directions. Global warming, bringing with it bleaching events and storms of increasing intensity, Crown of Thorns Starfish (CoTS) outbreaks and water quality all putting stress on our national icon.

Some of these threats seem so completely out of our control that it’s easy to throw our hands in the air and give up. But not all these threats are beyond our control. Some we can take direct action to solve, and the passionate individuals behind the Reef Restoration Foundation are doing just that. 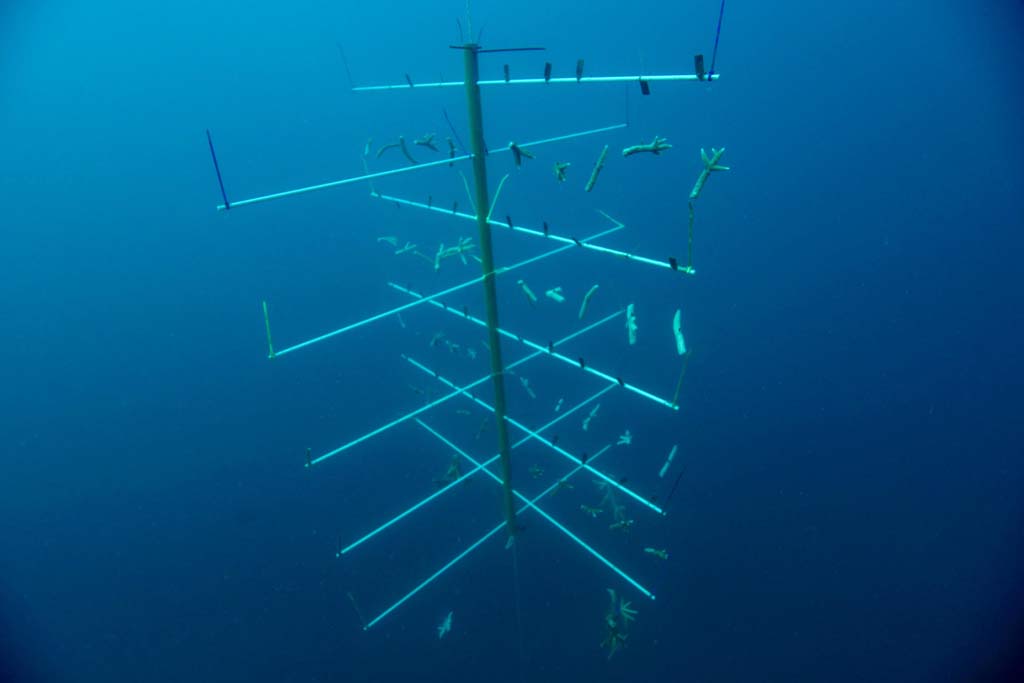 For the first time in the history of the Great Barrier Reef, this foundation has been given permission to intervene and assist the Reef’s ability to bounce back, by establishing an offshore coral nursery. 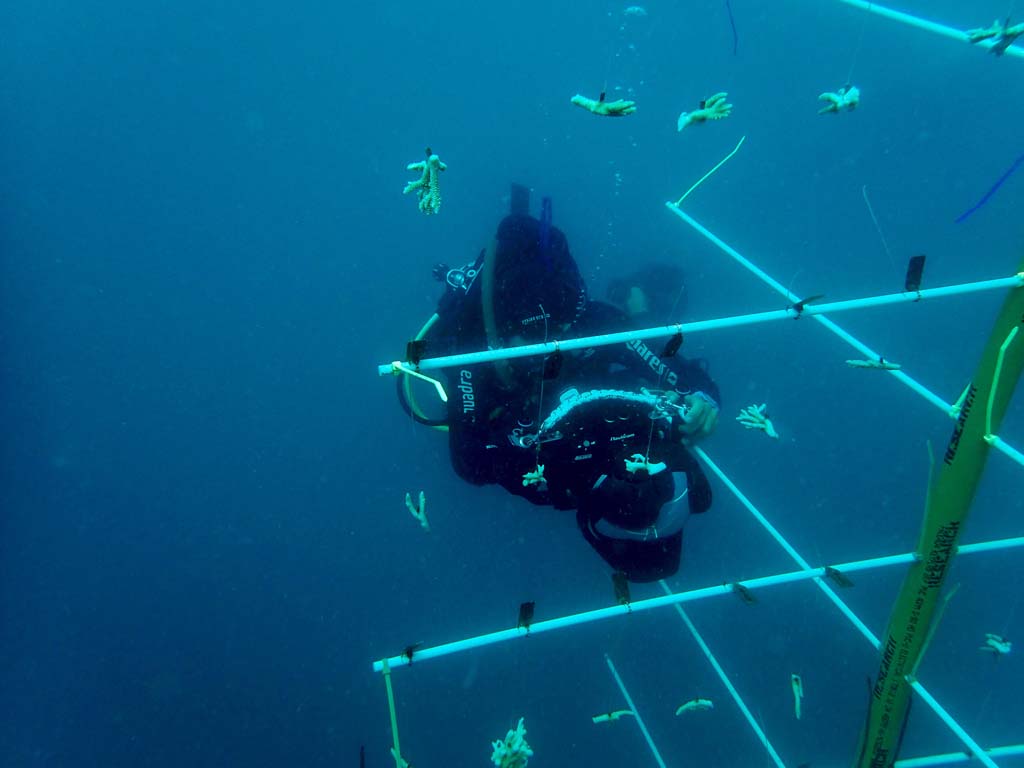 Late last year, Foundation volunteers collected small amounts of healthy coral – coral that has survived the past two years of high temperatures and theoretically should be naturally more resilient to coral bleaching. In mid-December, this coral was attached to six ‘coral tree’ frames in an offshore nursery at Fitzroy Island. 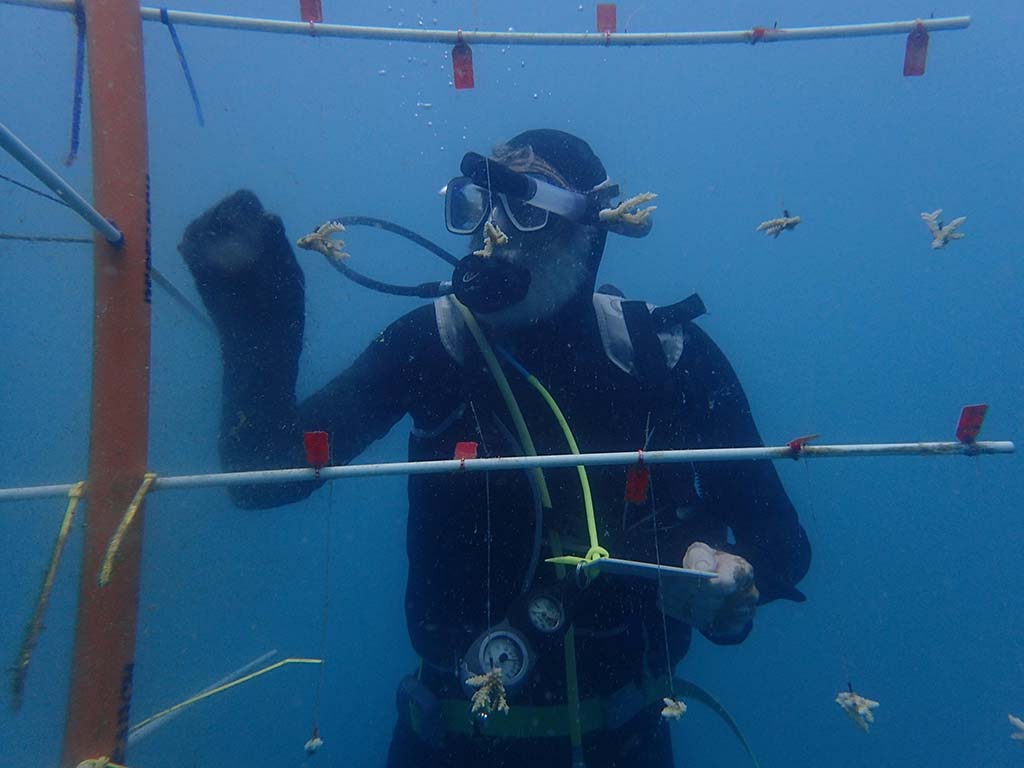 The coral trees have been developed using techniques that have been used and proven elsewhere in the world, most notably in Florida Keys and the Caribbean, and scientists working on these projects have assisted the Foundation’s efforts in the Great Barrier Reef.

The ‘coral tree’ format was chosen by the Reef Restoration Foundation for its innovative design, which keeps the coral off the sea floor and away from predators (such as CoTS), and at the same time the depth can be varied to allow to varying water temperatures. Importantly the trees in Florida withstood the fury of Hurricane Irma, so should hopefully survive a tropical cyclone should they have to.

In Florida Keys, approximately 25,000 are grown annually using offshore nurseries, the equivalent to 16 football fields in area. Here at Fitzroy Island there are so far only six trees, using two different types of resilient and fast-growing coral – bushy and branching coral, with four species being tested in total.

Researchers from James Cook University’s TropWATER and Reef Ecologic, supported though funding provided by the Australian Government’s National Environmental Science Program, will be monitoring the performance of the coral nursery with support by volunteers from the Fitzroy Island Resort, Cairns Turtle Rehabilitation Centre, Cairns Dive Centre and other skilled individuals, most of whom work in the tropical north marine tourism industry.

Fitzroy Island Resort Director Doug Gamble, one of the Foundation’s principal sponsors, said it was critical to invest in projects to support the natural assets that local industry and the community relied upon.

“Investing in the offshore coral nursery is a tangible action that will make a positive difference to reefs and contribute to a better-quality experience for our guests.” 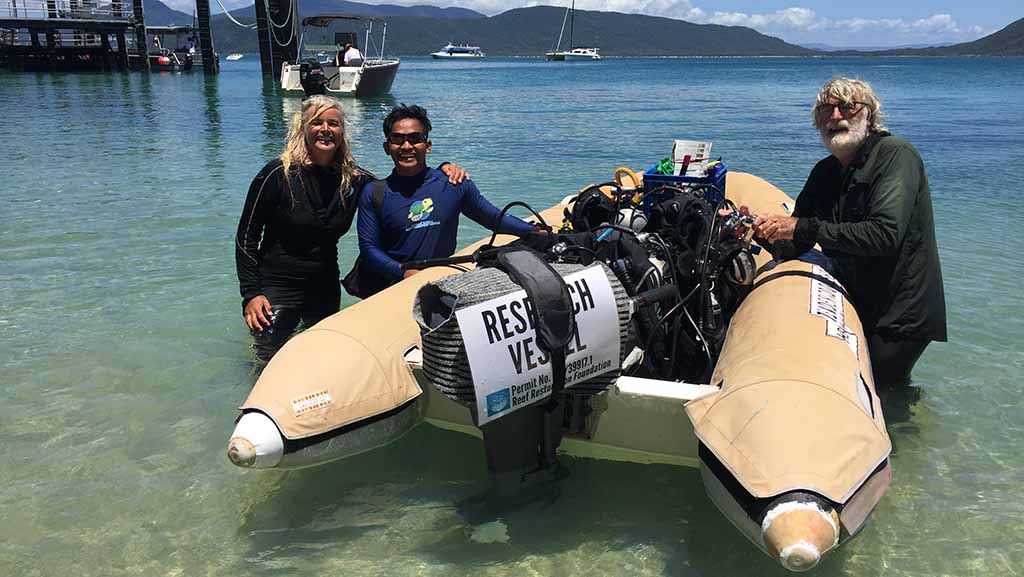 The Foundation’s passionate team of volunteers is coordinated by Fitzroy Island Resort’s resident marine biologist Azri Saparwan, and includes seafaring couple Jon Burnett and Iris Bom, who run a marine ecology training centre on board their research vessel the Hotel Bravo, a grand old pearling lugger, now moored at Fitzroy Island. Each week, Jon and Iris take volunteers out to the coral nursery to clean off any algae that has taken hold and monitor the coral’s health, with diving equipment supplied by Fitzroy Island Dive Centre (part of Cairns Dive Centre). So far there are 20 to 30 people on the roster, all keen to contribute. 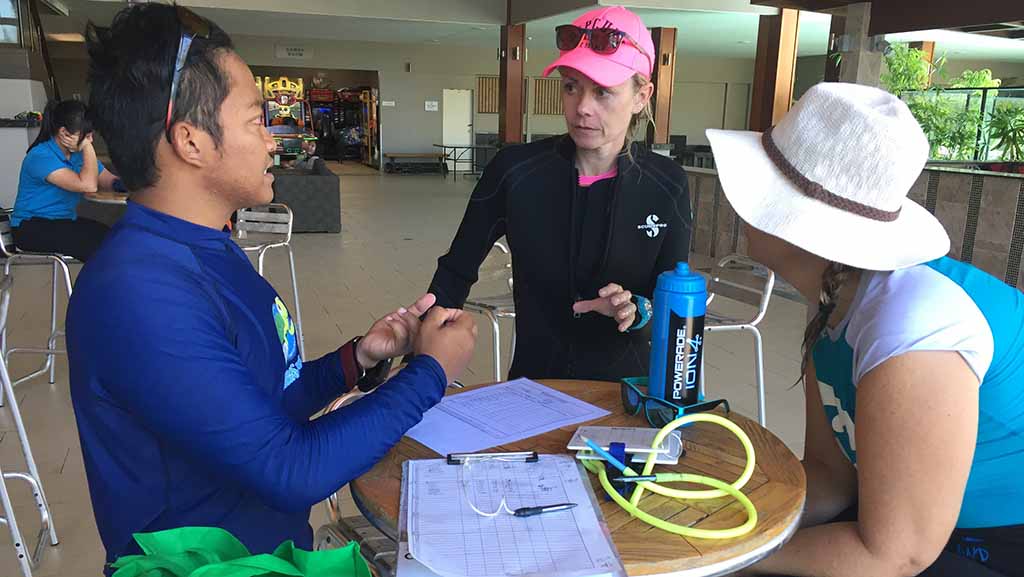 I joined the team this week, taking part in the weekly Coral Tree maintenance, which involves cleaning the structure of algae build-up (with a toothbrush) and monitoring each coral bud’s health. Even in pea soup visibility, the team got the job done with great enthusiasm.

It gives me great hope for the Reef that it has such a passionate group of people looking after it. 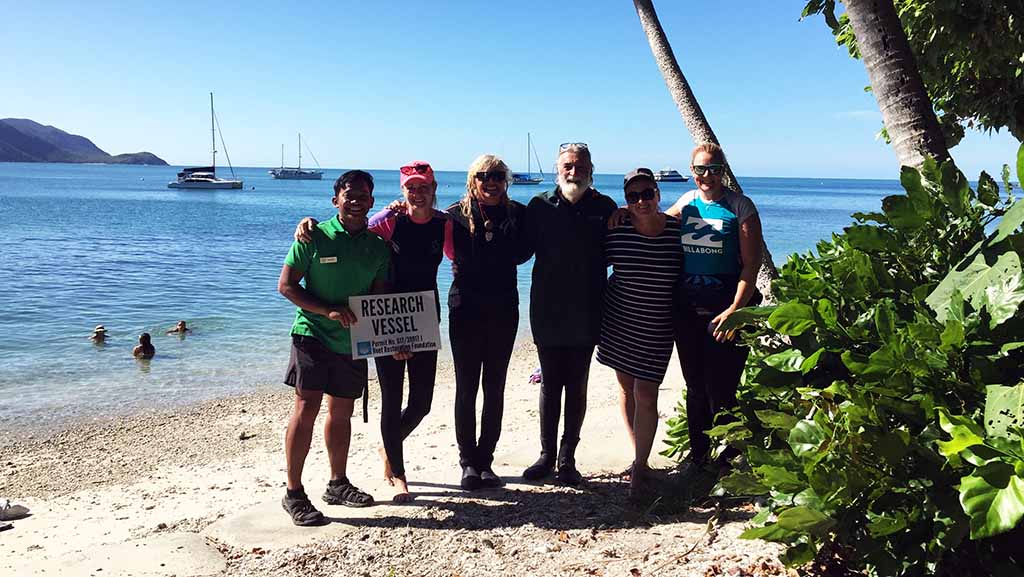 If you liked this, you may also like these posts: 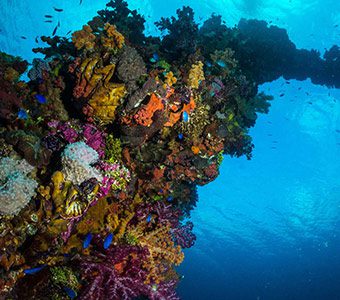