The fight against the Crown of Thorns Seastar

Home > Blog > The fight against the Crown of Thorns Seastar

The crown-of-thorns sea star is one of the biggest threats to the Great Barrier Reef. A venomous, multi-armed predator that eats and kills coral, this seastar has been responsible for 40 percent of the coral loss seen on the reef between Cooktown and the Whitsundays over the past few decades.

It’s believed the seastars were introduced to the reef through the ballast water of passing cargo ships, and with few predators in Australian waters they have thrived. Approximately 11 species have been found to generally prey on the crown of thorns seastar, including the Triton’s trumpet sea snail, however, none appear to prefer it as a food source.

Crown-of-thorns sea stars position themselves on healthy coral, extrude their stomach through their mouths, and then secrete digestive enzymes and absorb dissolved coral tissue. Each night, the nocturnal seastar can eat it’s own body area of living coral. On average, that adds up to 13 square metres of reef per seastar per year. Ongoing reef surveys help us to identify population densities.

What are the challenges?

Seastars spawn during the warmer months, around October to February, with large females capable of producing up to 60 million eggs per year.

Col McKenzie, Director of marine tourism consulting company Gem Pearl Pty Ltd, says aside from the large spawning numbers, one of the biggest challenges facing the cull is first locating them. Seastars are highly mobile and can move up to 40 metres in just one day.

“Finding the aggregations is difficult and we rely on the tourism industry, QPWS (Queensland Parks & Water Service) and the public to tell us where they have seen them. The whole operation is very labour intensive.”

Once located however, trained divers from Gem Pearl and AMPTO – the Australian Marine Park Tourism Operators – can cull over 1,000 seastars in a 40-minute dive. 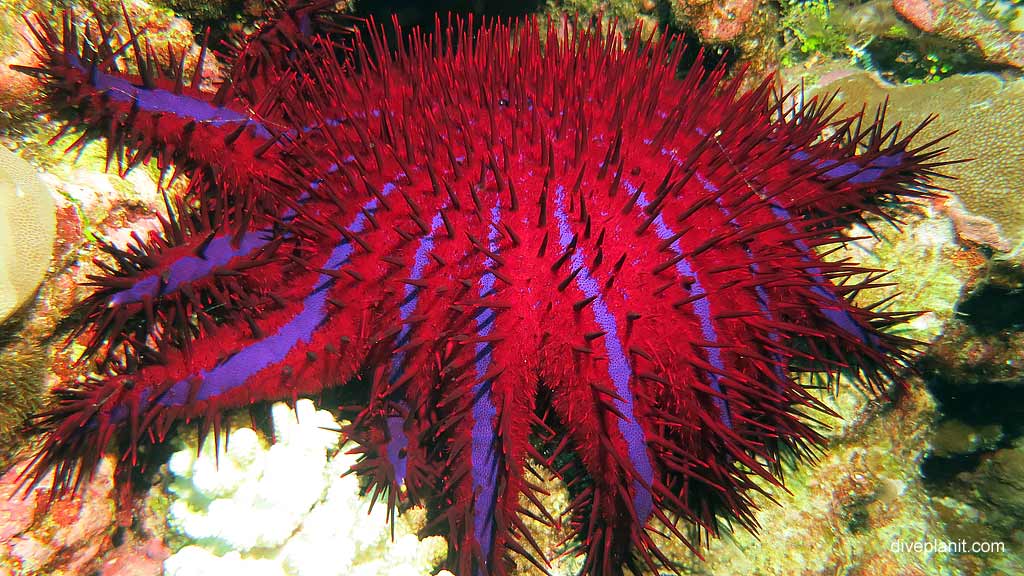 What is being done?

The Great Barrier Reef has had four big outbreaks of the crown of thorns seastars – in 1966, 1979, 1994 and 2011. To combat this, a number of short and long-term strategies have been developed.

In the short term, the Australian Government funds a management program, which involves manually injecting and killing them to protect coral cover on priority reefs, particularly those in prime tourism sites.

The first is a labour intensive process in which seastar must be injected with sodium bi-sulfate, a dry acid. Depending on the size of the Seastar, it may need to be injected anywhere from 10 to 30 times.

The second and more effective method is a one-time injection that uses a bile salts solution, in use since 2013. It’s a humane way of killing the seastar, which dies in a matter of seconds and dissolves in 24 to 48 hours.

Neither method has been found to harm the surrounding marine environment.

The long-term management strategy is to protect the live coral cover on the reef and the integrity of the wider ecosystem from seastar outbreaks. It’s about understanding the causes of outbreaks and, if possible, finding ways to prevent them. How successful is the program?

Despite the ongoing challenges of locating crown-of-thorns seastars and the vast spawning numbers, great in-roads have been made in the fight against them.

Mr McKenzie recently told the ABC that the program has had huge success using the new single-injection technique. The team has successfully removed 330,000 seastars from the reef over the past 18 months alone.

“Success is measured across live coral present when we start and how much is left when we finish. In most cases, it will be the same or more live coral but sometimes (not often) we will see a decrease in live coral due to heavy infestation and our ability to get back to a site with the limited resources we have available,” he said.

“If we had the resources we could stop crown of thorns entirely.”

Although the crown-of-thorns program has experienced a great deal of success, it’s future is under threat with no guaranteed funding past June last year. Sightings of seastars are key to helping the Great Barrier Reef Marine Park Authority assess the extent of an outbreak and target their management efforts. To report a sighting in real-time, use the free Eye on the Reef app – available from the iTunes and Google Play stores. Visit the GBRMPA website for more info.

If you liked this article, you may also like…

One thought on “The fight against the Crown of Thorns Seastar” 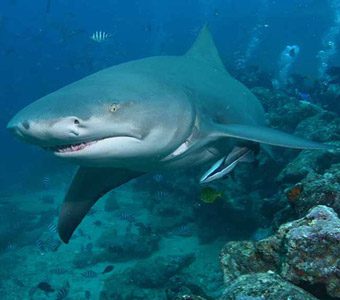 Shark Dive sites - are we for or against?