The story of the wreck of the Aikoku Maru is attributed to one man – Kimiuo Aisek. For decades the sunken fleet of Truk sat sleeping and slowly rusting below the gentle waters of the 500 square mile lagoon. The thousands of men who perished that fateful day in 1944 remained forgotten to all but a handful of souls who recall the carnage and maelstrom of death and fury that descended from the sky, changing their world forever.

One man who remembered that armageddon better than anyone was Kimiuo Aisek. As a bright and charming youth, the young Kimiuo had gained the trust of the Japanese sailors and officers with his diligence and ‘can do’ attitude, a quality much admired by the strict overlords of Chuuk, then called “Sitiyou Syotou” (Seven Days) in Japanese. Kimiuo would do odd jobs and work the tiny boats that ferried goods and passengers around the lagoon to the many ships that would visit the base. He befriended several Japanese officers and servicemen, learning the language and customs as well as many fundamentals of seamanship that would hold him in good stead later on.

The morning of February 17, 1944 is a moment in history that changed Chuuk forever. Even though the Imperial Japanese Navy (IJN) had predicted the attack and moved its most important warships to the safety of Palau, many vital cargo ships supplying the garrison were left behind in the lagoon. 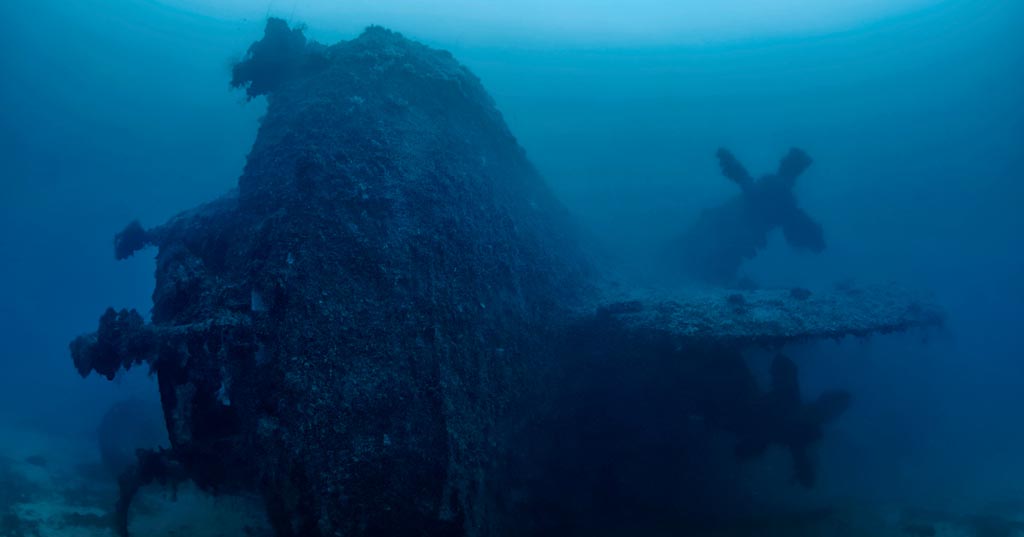 One such vessel was the 160m auxiliary cruiser, Aikoku Maru, designed by the famous naval architect Haruki Watsuji, it was a splendid ship. Originally laid down as a luxury liner and cargo vessel in 1938, it had been armed and converted to carry ammunition, troops and weapons by the time war broke out.

One of Kimiuo’s closest friends, Chief Petty Officer Uchida, was serving on this vessel and the youth had frequently gone aboard and marveled at the magnificent ship and its immaculate fittings while it was in port. Aikoku Maru was in almost constant motion between Japan, Truk and the other important Pacific bases such as Rabaul in New Guinea, carrying crucial supplies and reinforcements to the beleaguered Japanese forces. 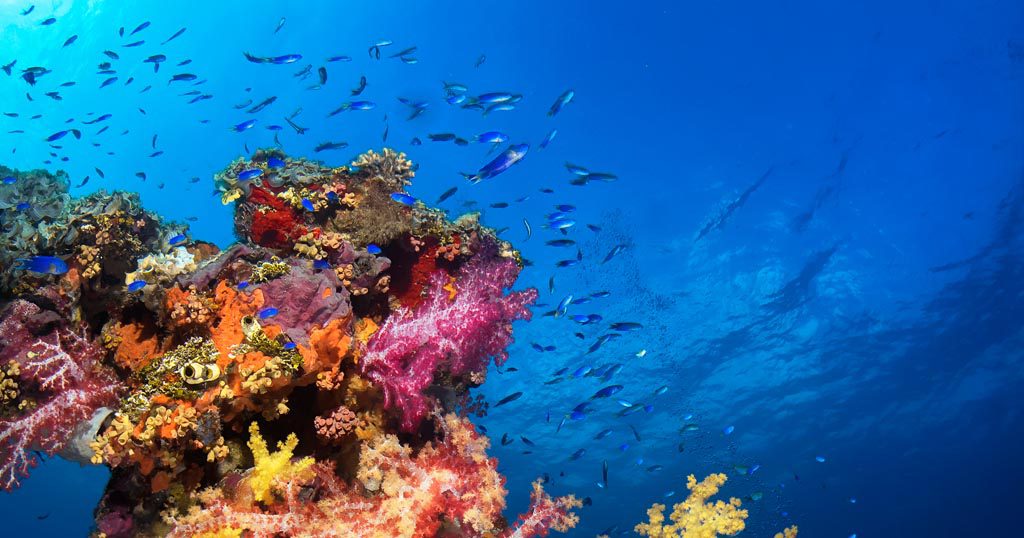 In February 1944, she attempted to resupply troops under attack by US forces in the Marshalls but was forced back to base, arriving in Truk late on the 16th. Onboard along with tons of ammunition was nearly 1000 soldiers and crew, including CPO Uchida, waiting to be transferred to Rabaul the next day.

At 6 am the following morning, Kimiuo’s Uncle Naoshy woke the family urgently.

“Quickly, everyone gets up and goes to the cave, the Americans are attacking!”

The cave was a hideout near their home on Tonoas they had prepared in case of attack and could fit all 18 members of the family. But as the attack intensified, Kimiuo could not suppress his curiosity and he ran out to see the action for himself. Operation Hailstone had begun and would continue non-stop, for another two days. 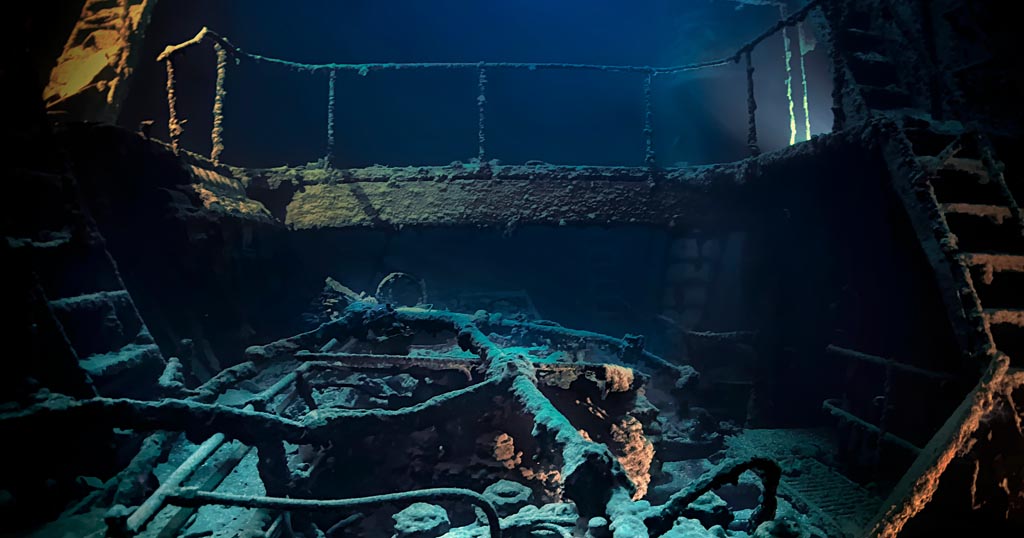 He stood there transfixed, hiding beneath a big hibiscus tree, as the American fighters, dive bombers and torpedo planes swept through in waves, attacking the shore installations, barracks, airfields and ships. The air was thick with smoke from the burning buildings and oil, but he could see to his horror, the shape of the Aikoku Maru sitting low in the water, burning after several direct hits. His thoughts immediately shifted to his friend aboard the stricken vessel and imagined the men furiously fighting the fires and rescuing their injured crewmates. 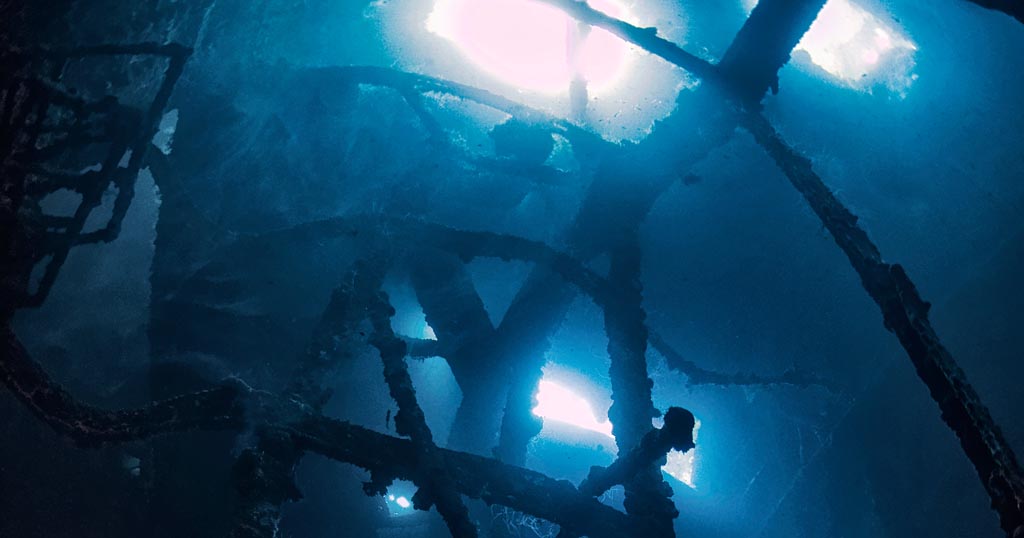 Kimiuo could see the big star on the sides of the planes and he watched them torment and harass the Aikoku Maru with more bombs and torpedoes until suddenly … KA-BOOM! A shock wave hit him in the chest almost knocking him off his feet and nearly bursting his ears. Then came a rain of metal chunks and splinters while a huge red mushroom cloud appeared over the ship, forever marking its grave in the lagoon. Twenty-nine years later, Kimiuo would revisit the Aikoku Maru and the grave of his friend, lying at more than 50m below the surface. The Aikoku Maru is just one of the 44 known wrecks in and around Truk Lagoon, many that you can dive on when you visit Chuuk and the Blue Lagoon Dive Shop, opened by Kimiuo Aisek in 1973 and operated by his family to this day.

Kimiuo Aisek, master diver and man of the sea, passed away in 2001 and was buried on his much-loved home island of Tonoas. 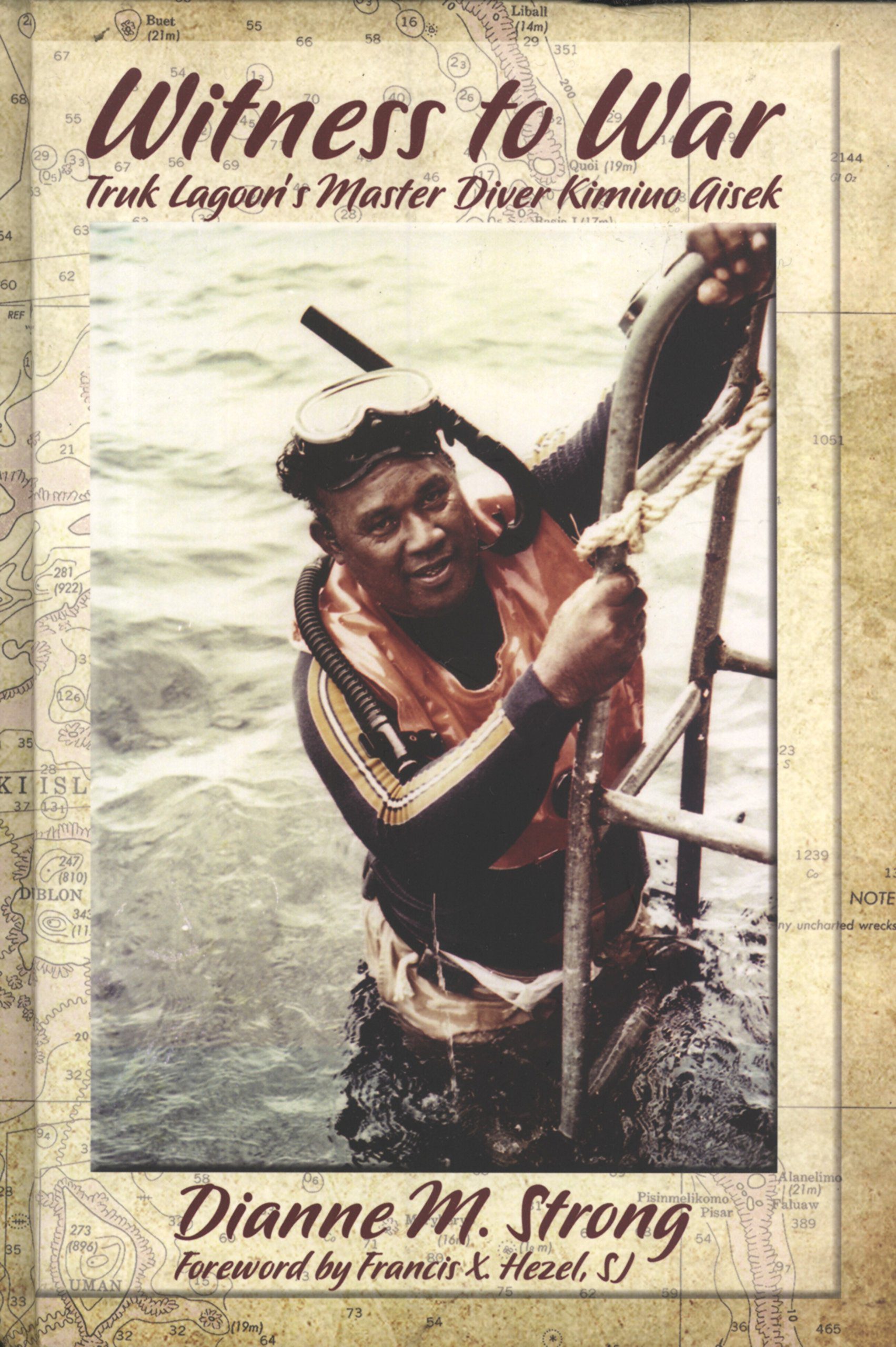 One thought on “Truk Lagoon wrecks – the story of Aikoku Maru” 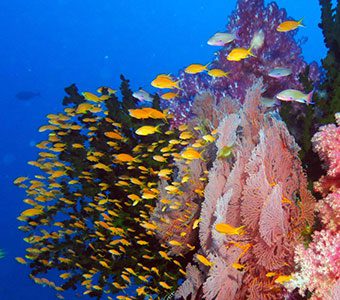 Saving the Reef with Coral Trees