Fishes Beyond Compare In Raja Ampat

I have a passion for fish. Not for consumption or dangling off the end of a hook, but observing and photographing them alive and well underwater. So it was only natural that I would one day dive the fishiest location on the planet, Raja Ampat.

Located off the western end of West Papua, Indonesia, Raja Ampat is located at the heart of the Coral Triangle and has been identified as having the greatest diversity of coral and fish species on the planet. A staggering 1508 species of fish have been recorded on the rich reefs of Raja Ampat, enough to keep a fish fancier like me happy for months.

From my very first dive at Raja Ampat, on a pretty coral reef at Melissa Garden, I was seeing fish species I had never seen before – lovely little butterflyfish, shy dottybacks and pretty basslets. Unfortunately with a wide angle lens on my camera I couldn’t capture images of these pretty small fish. Instead I photographed schools of barracuda, trevally, fusiliers, surgeonfish, snappers, sweetlips, Maori wrasse and several large tasselled wobbegong sharks. Not a bad compromise.

But once the sun set, I switched to my macro lens and descended on Arborek Jetty to look for some of the unique fish species of Raja Ampat. My main goal was a small nocturnal shark, known locally as the walking shark. Found in a few areas of Papua New Guinea and West Papua, the Raja Ampat epaulette shark (Hemiscyllium freycineti) is most commonly found on the reefs of Raja Ampat. My dive guide Andi, from Sea Safari Cruises, informed me that the walking sharks like shallow water, so that is where we headed. 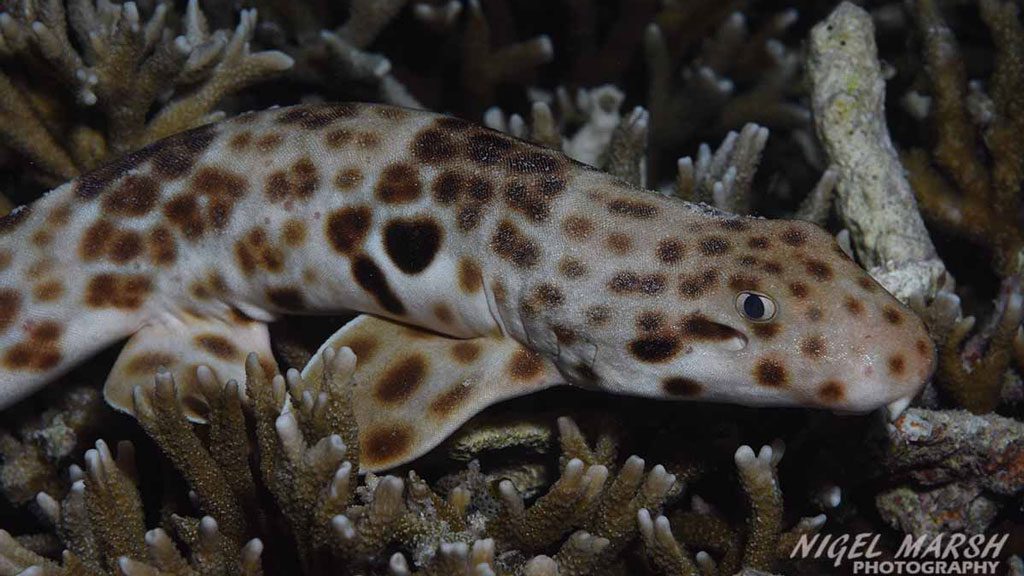 And it was very shallow, only 1m deep! I had expected the search for a walking shark to take 30 minutes or more, but it only took a minute to find the first shark. This one was a little camera shy and disappeared into the coral before I could raise my camera. Fortunately the next shark, found only two minutes later, was content to slowly walk across the coral while I photographed it. After finding three more walking sharks I decided to look for other subjects.

I didn’t have to look far as also in the shallows was a strange looking frogfish, a species I had never seen before that I later identified as a very rare marble-mouth frogfish (Lophiocharon lithinostomus). Frogfish are always fascinating to watch, especially when they flick their head lure to attract small fish, but this one was on a mission and was too busy walking across the corals to waste time fishing. 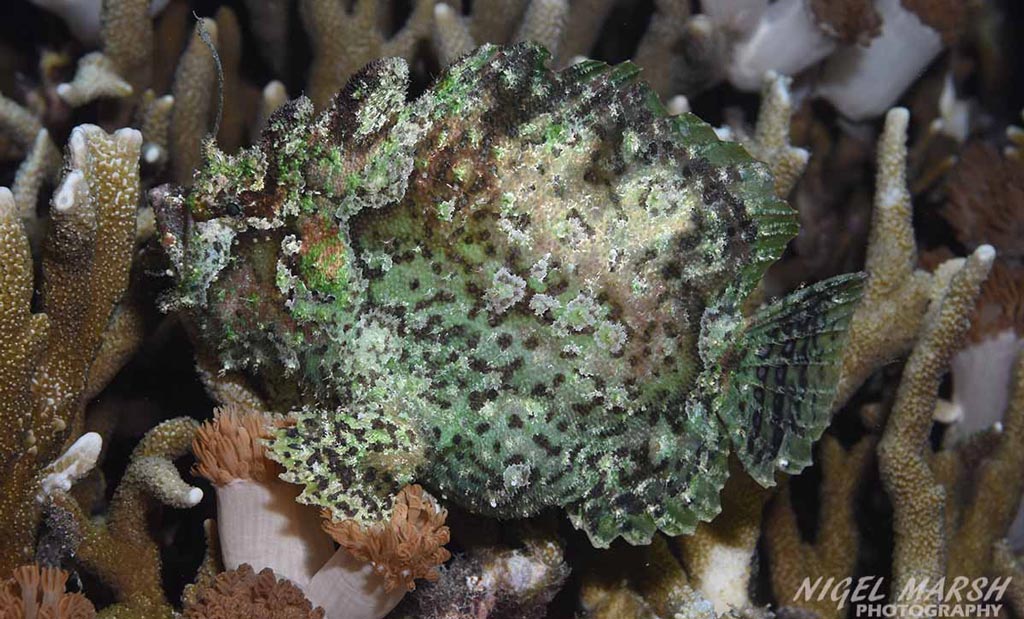 For the rest of the dive I found plenty of other subjects for my camera, including shrimps, crabs, moray eels, nudibranchs and flatworms.

The next day I got to further indulge my passion for fish watching with another dive at Arborek Jetty, by day. While the rest of the keen underwater photographers in our group wisely decided to go with a wide angle lens to capture images of the colourful coral covered pylons and the schools of batfish, I stuck with the macro lens to capture more fish images. And was well rewarded. 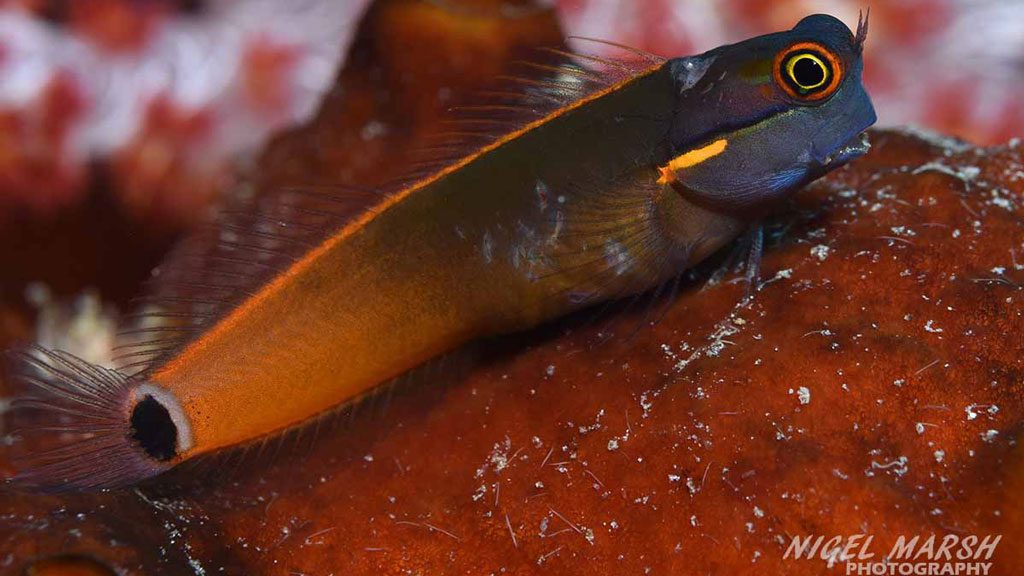 With the fish at this site accustomed to divers I was able to closely watch and photograph butterflyfish, boxfish, angelfish, wrasses, rock cods, grubfish, anemonefish and cardinalfish. These were species I had seen and photographed before, but I also photograph two species that were new to me.

The first was a pretty tail spot blenny (Ecsenius stigmatura). This lovely fish was sitting on a red sponge and as I watched it would nip at algae. The second was another small fish, the splendid dottyback (Manonichthys splendens).

I had seen several of these colourful fish while I had a wide angle lens on my camera, but I soon found the ones around Arborek Jetty to be very camera shy. But right at the end of the dive I found one bold splendid dottyback under a coral head. It led me on a merry chase, but I managed to get one image, when it finally sat still for a second. I surfaced with a smile having captured this elusive fish.

My wonderful journey to Raja Ampat was only a quick three day visit as part of a media familiarisation trip on the brilliant liveaboard vessel Sea Safari 8. But even in that short period of time I saw an amazing variety of fish, and many species that I had never seen before. Raja Ampat will lure me back, as there are many more unique fish for me to see and photograph around this spectacular dive destination.

Want to know a little more about Marine Ecology?