This was a trip that came about through a happy coincidence: a bigger than expected tax refund and a friend who had already booked. I had always wanted to dive with Great Whites and when a spot became available aboard Rodney Fox’s Princess II with a group from Melbourne who I’d met in Vanuatu the previous August, I figured why not!

My thinking went along the lines of “Well if I’m going to Adelaide, I might as well tack on a few extra days and see the Leafy Seadragons for the first time as well” – making it a double bucket list trip to boot! 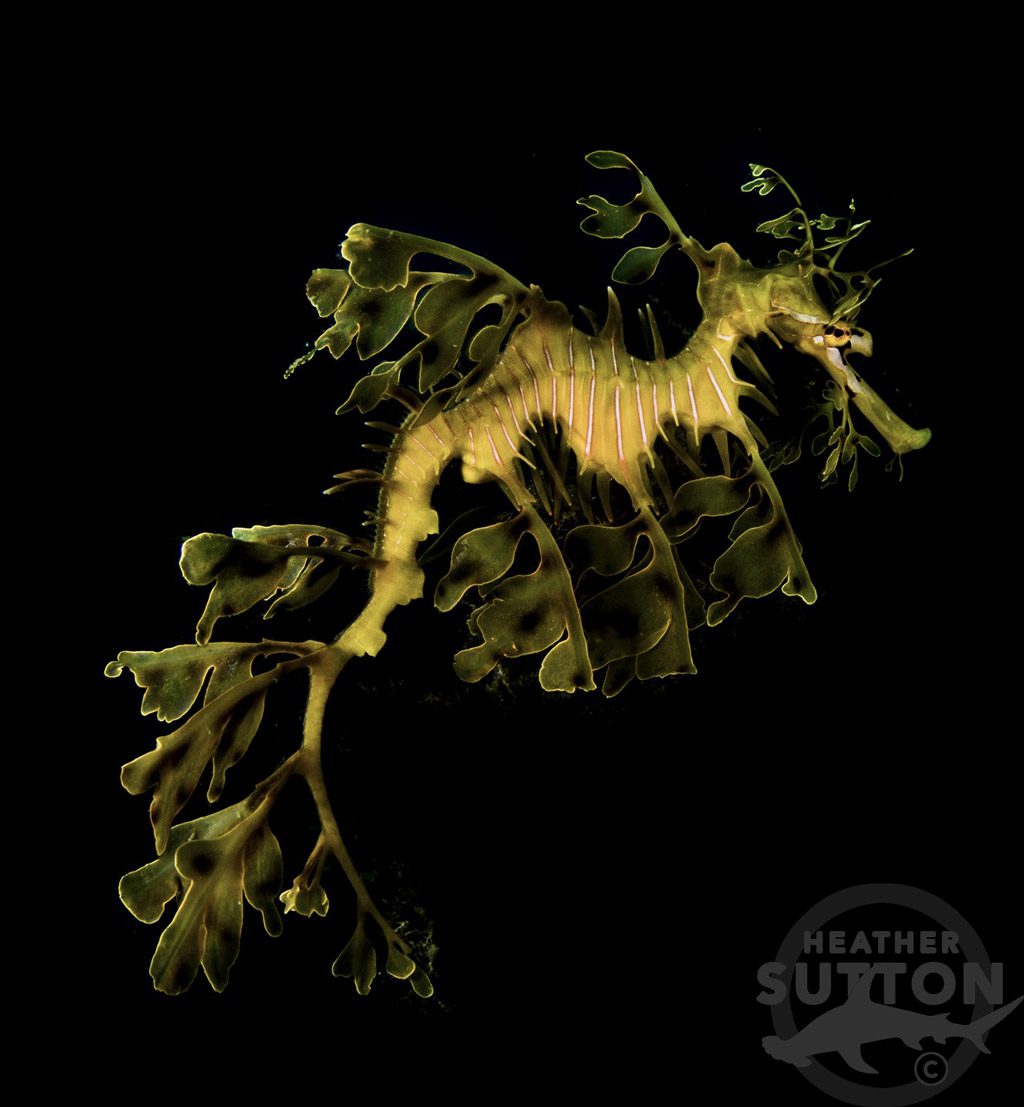 Everyone knows Rodney Fox, and has probably heard the story of how surviving a great white shark attack changed him from spearfisher to shark conservationist. He pioneered the shark cage concept and now runs regular trips from Adelaide to Neptune Islands aboard the comfortable liveaboard, Princess II. Divers get to experience encounters with great whites, from a surface cage, which is entered directly from the lower deck – no scuba qualification required – or from the ocean floor cage, which requires an open water cert.

Fortunately, I had a work colleague who had already done the trip and he gave me a few pointers – mainly that it can get a bit cold after a few days on the boat, especially when the sharks turn up for the surface cage at 6am! So a dry suit shouldn’t be considered a luxury – more a necessity. I was expecting a couple of ocean floor dives each day and surface cage access in between that – the fingers were crossed for good weather, calm seas and more than a few curious sharks.

The trip out was uneventful, and unfortunately, so was my first ocean floor dive as the sharks decided to ‘no show’. Well they are wild animals after all. Still it was a pretty good chance to get used to the cage protocols and make the camera adjustments that would result in some cracking shots the next day. 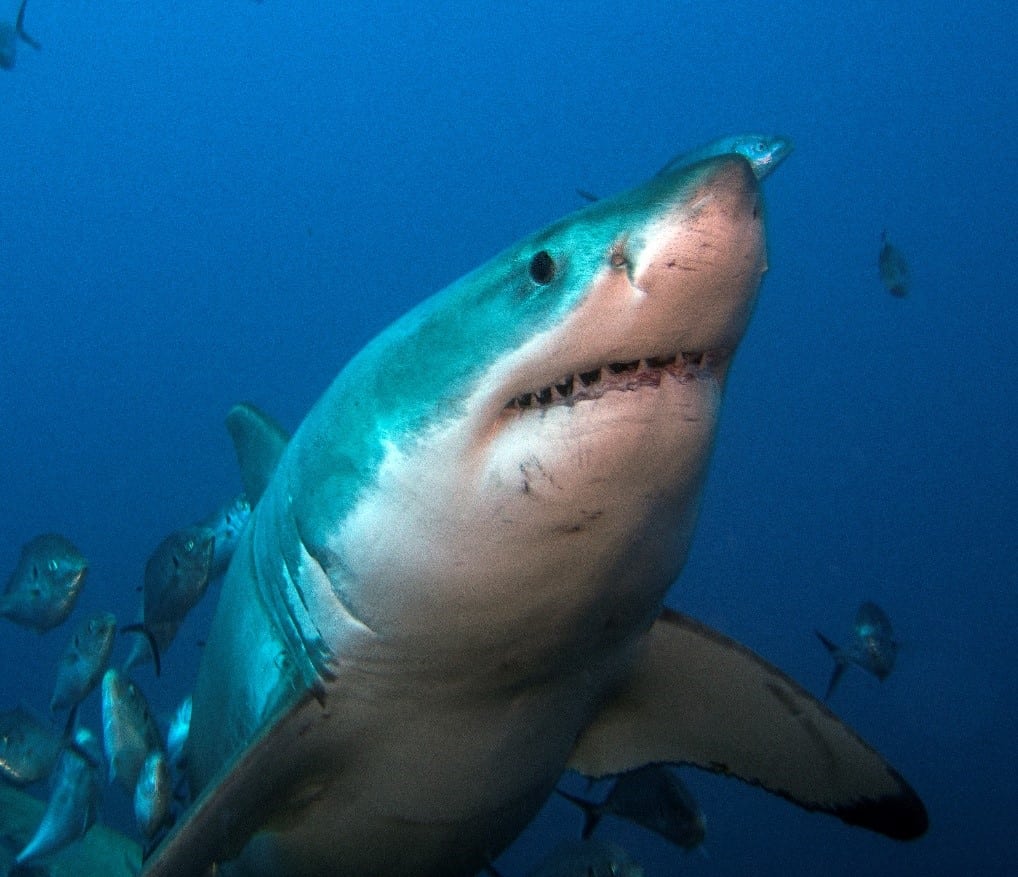 The Rodney Fox crew were very thorough during their briefs and discussed the safety of the cages including recent incidents in Guadalupe and what steps they took to prevent shark impact.

Each trip is in fact a research trip – just being on board the Princess II means guests are contributing to that research, as a substantial part of the fare is directed into the Fox Shark Research Foundation. The mission of the foundation is ‘to inspire the appreciation and understanding of great white sharks through research and education.’

Since it was established in 2001, the Foundation has gathered an incredible amount of data using non-invasive tracker tags which use satellite technology to study shark behaviour (breeding, migration and social interaction) and population trends.

The next day I was informed that I would be granted door access on the ocean floor dives! This is only allowed to a very small number of divers (2 on our trip) and allows you to hang three quarters of your body outside the cage as the sharks approach – you have to follow all of the cage captains signals including the all-important ‘multi-tap’ which signals aggressive behaviour and means ‘come back inside now!’

I was both nervous and honoured to be allowed to do this but my nerves soon left as a curious 3.9m Sub Adult Male named Cuddles decided to hang around on what also happened to be my 650th dive!

When nature wants to give you this sort of gift, you don’t refuse… To learn more about Rodney Fox, and to check itineraries for next year, hop onto their website. 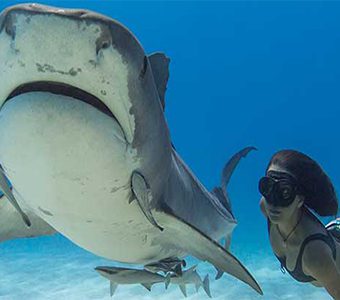