Komodo diving with mantas and turtles

Most people think Komodo is that place where the Dragons live, but actually because it’s a protected national marine park the real reason to visit Komodo is the diving.

Looking at Komodo on Google maps (yeah open it now in another tab) and you’ll notice two things: a) it’s a single flight from Bali to Labuan Bajo airport, itself just a 10 minute ride to the port; and b) it’s literally a splattering of islands in the gap between West and East Nusa Tenggara. 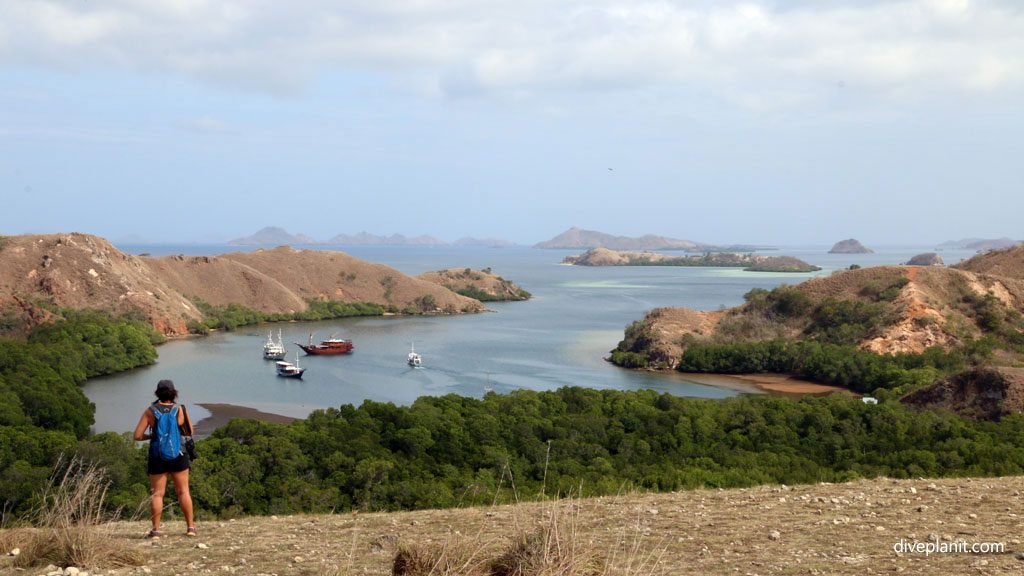 There are currents flowing north and south through that gap and around all those islands bringing nutrients from deeper waters, and feeding entire ecosystems from coral polyps to manta rays and everything in between. That and the fact that it’s been a protected marine park for a number of decades make it teeming, and a great variety of life at that.

There are literally dozens of documented dive sites, but let me give you a taste of just three. 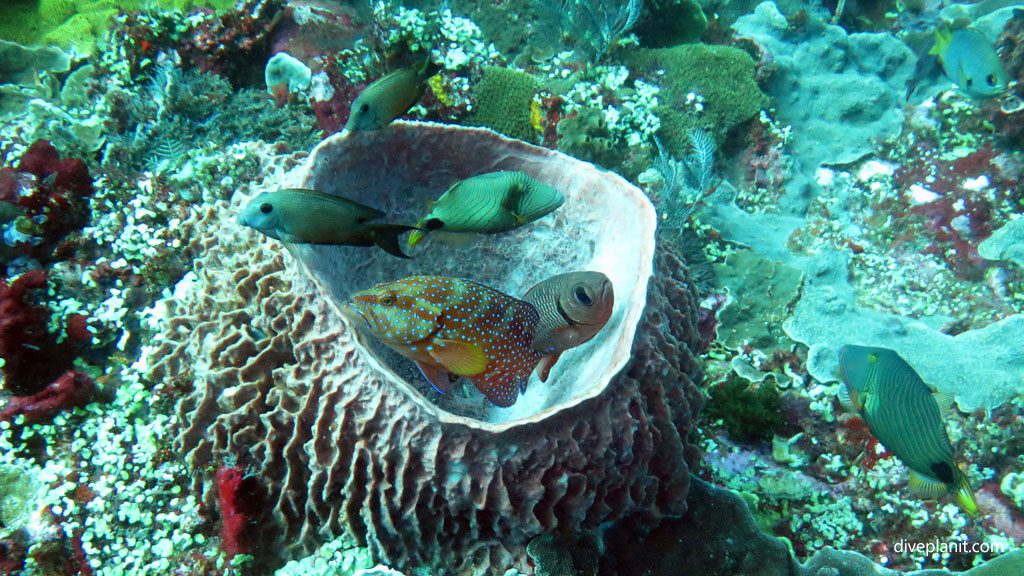 Batu Bolong, literally ‘Stone Hole’ named after the seamount’s tip which projects above the surface as a barren rocky islet, with a hole through it.

Below the surface it’s a different story. The cone slope is alive with a great variety of fish species – there were no fewer than four different species of fish inside the first sponge barrel I peeked inside. At complete slack water it’s possible to circumnavigate the pinnacle; but mostly it’s a zigzag down and up from about 24 m, through a constant cloud of purple and orange anthias. There are cleaning stations all over the slope and at one I saw big batfish and a big cod queueing up for their turn. Out in the blue there are the usual silvery blue jacks and darts skimming around. 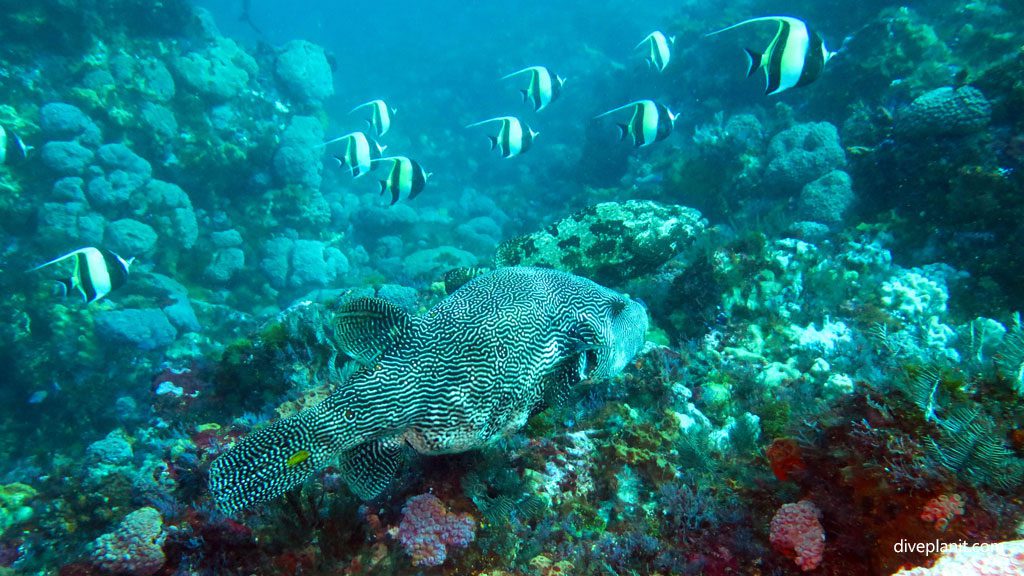 The second dive of the day was Makassar Reef, a site known for its manta cleaning stations. Not a continuous reef per se, more an undulating coral rubble bottom with isolated but very colourful bommies, where Mantas hang out to be cleaned.

I’m not sure what the typical ‘hit ratio’ is, but I reckon we easily covered 7 km in what can only be described as an exhilarating drift dive during which time we ‘saw’ one manta, and spent some quality time with another. You can, and should read about that experience here, as there’s great video too. 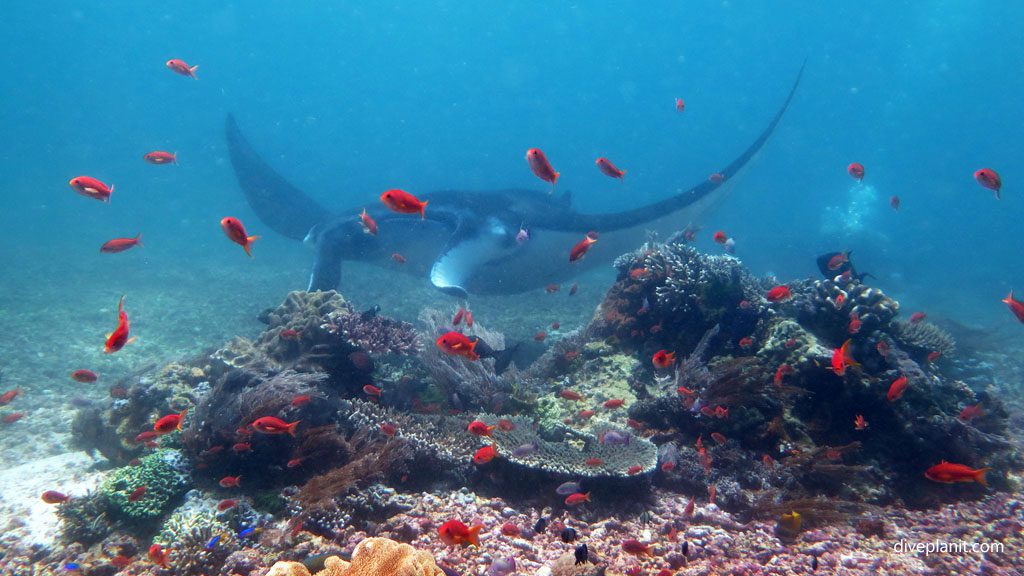 The third dive of the day was Siaba Besar a.k.a. Turtle City: eight turtles in a 40 minute dive! The dive site is in two parts: a horseshoe of reef surrounding a sandy bottom, which kept our muck divers happy whilst we did the obligatory photo op with each and every turtle. Even crossing the sand prior to surfacing we encountered a solitary sole scooting over the sand, a common Lionfish out in the open with nowhere to hide, a painted frogfish and Turtle number eight. 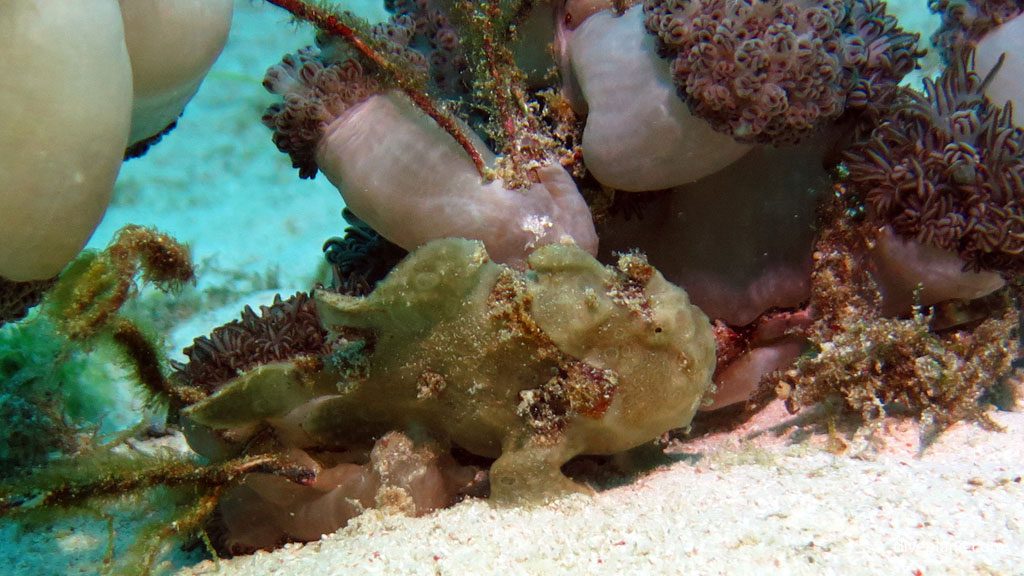 What makes Flora so special is its accessibility. There are lots of boats going out each day for just a day trip or for a few days at a time. There are plenty of boats to choose from and almost all of them are the traditional two-masted phinisi style schooner, though in any number of configurations. Ours had double cabins (with en-suite) up top and we had our own private little veranda where I took the opportunity to sleep out under the stars with just the sound of the water gently lapping below. (No mozzies!) How often do you get to do that at home? 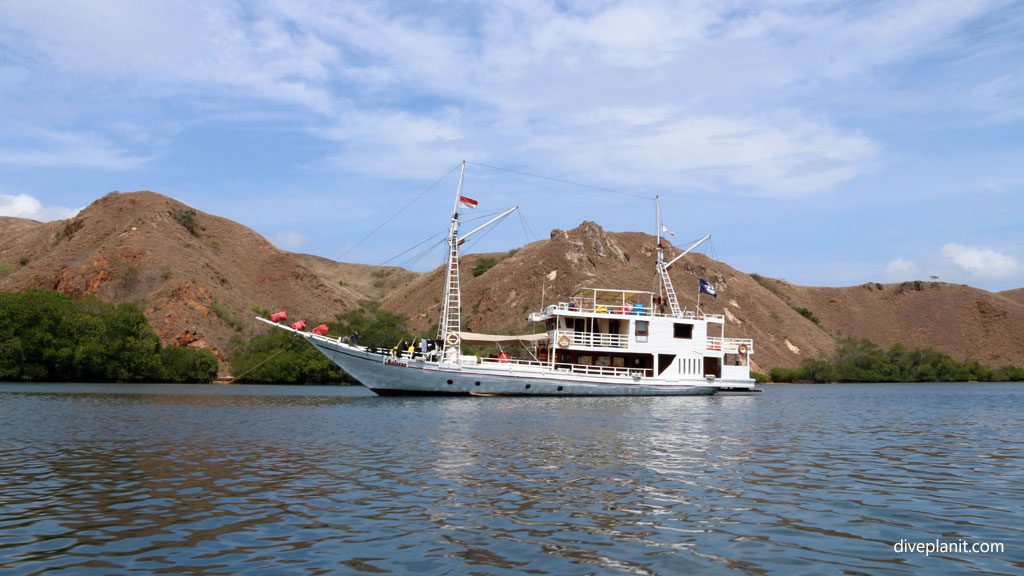 What makes Flora so enjoyable as a dive destination is the fact that it’s not just hard-core diving. You can, but don’t have to, do three dives every day. There’s usually good snorkelling nearby the dive sites as many are on fringing, rather than isolated, reefs.

There are the land trips too. Sometimes it’s nice to get off the boat and climb the nearest hill for that spectacular view of the bays, or to see the sunsets and sunrises. 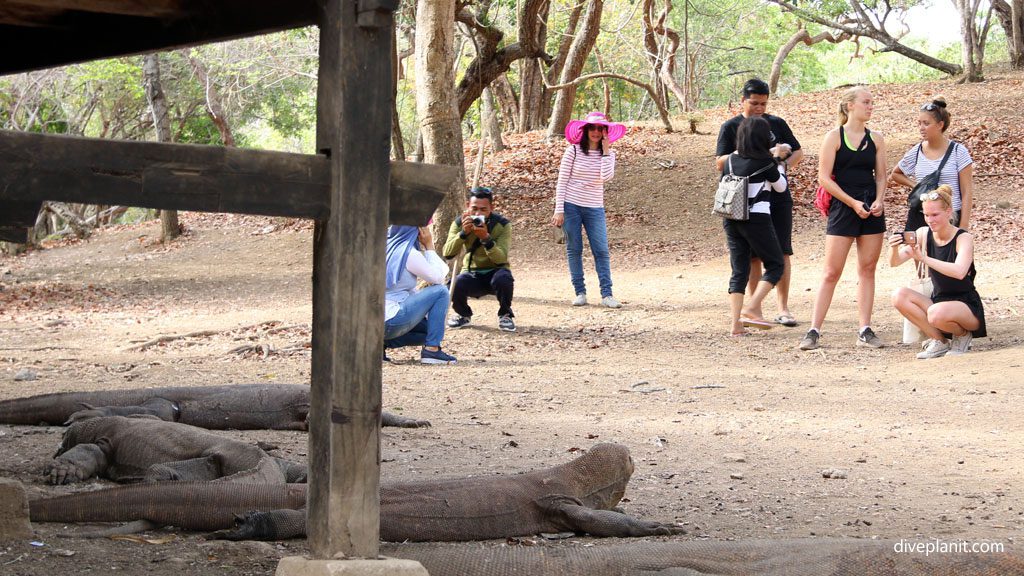 And of course, there be dragons! But also monkeys, buffaloes, birds and bats. On one evening, the ‘pre-dinner show’ entailed watching thousands of bats set off at the start of the sunset heading to the mainland to feed. As the sun sets the bats head west, like a dark cloud against the golden purple glow.

If you’re passing that part of Indonesia be sure to stop over at Labuan Bajo and go out for a few days and dive Komodo National Park. It would even be worthwhile doing as a side trip from Bali. If you want a more immersive experience, then a Liveaboard or resort would be the way to go. There’s a list of Liveaboards that can get you there, and a couple of resorts on our Komodo page. 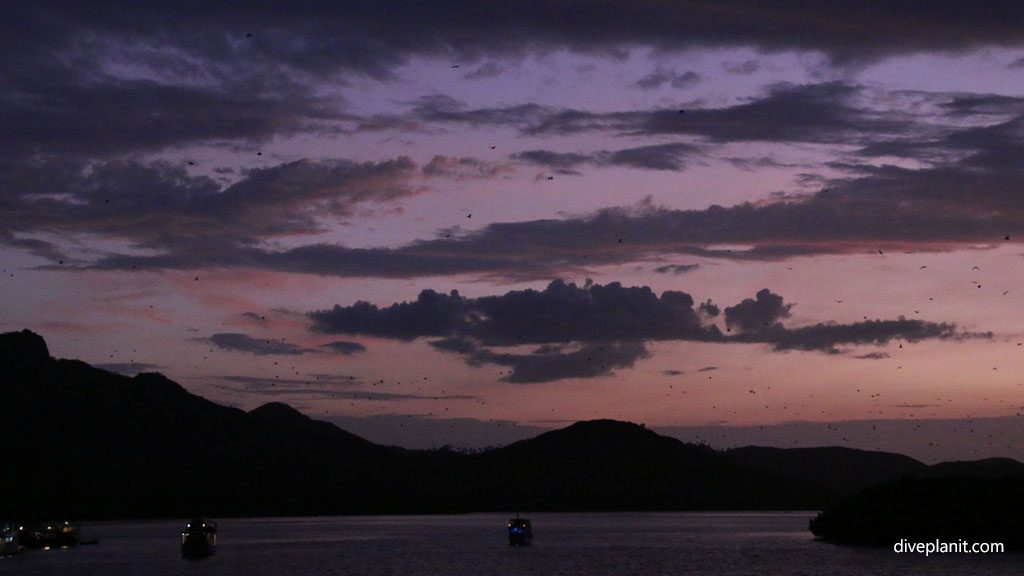 And if you haven’t seen the Macassar reef manta story and video yet then this should be your next click. 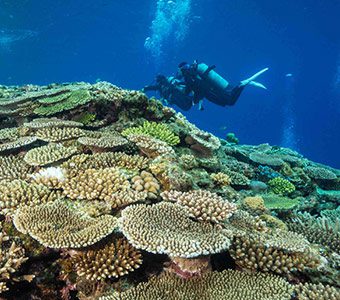 Five Reasons to Dive Okinawa – apart from the great diving!