Scientists observing shark behaviour in the Gulf of Mexico have discovered that different species of shark hunt at different times of the day. In other words, they take turns.

A study of six sharks species sharing the same stretch of ocean revealed that each one chose a specific time of day in which to forage for food and there appears to be a pecking order when it comes to what time of day each species gets allocated.

Tiger sharks appear to have chosen the time slot that most suits their hunting methods, choosing midday when its prey is more clearly silhouetted against the surface.

Bull sharks prefer mid-morning, sandbar sharks prefer the afternoon, and the evenings were left to the smaller blacktip reef sharks, while giant hammerheads and scalloped hammerheads share the late-night shift. 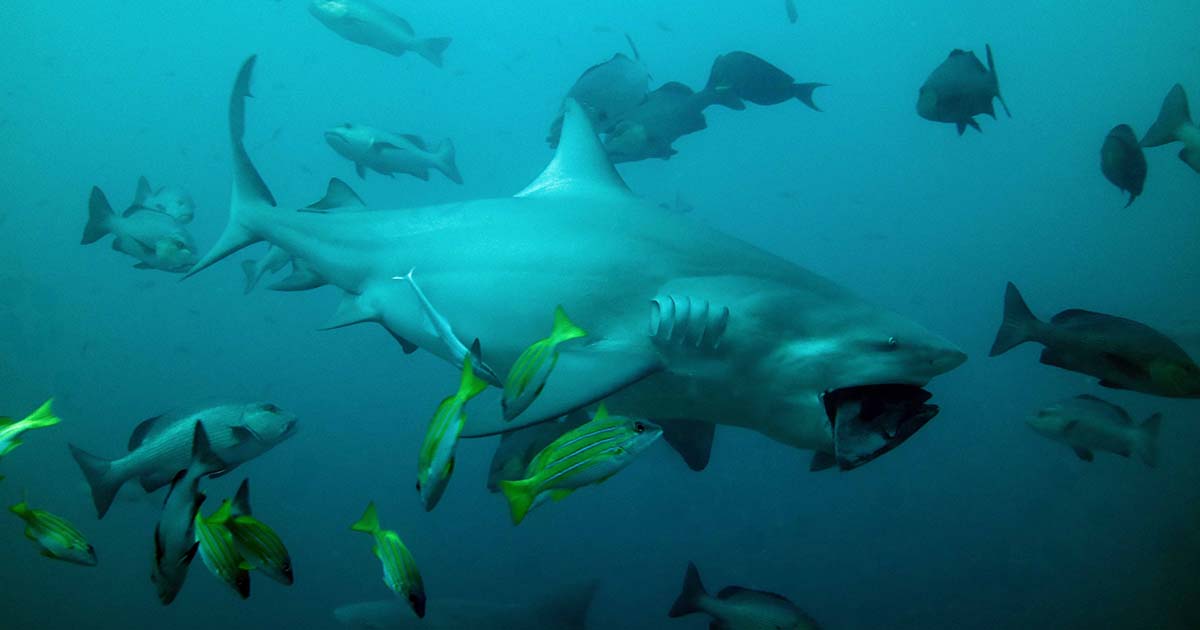 Researcher Karissa Lear of Murdoch University in Perth was mapping the behaviour of various shark species found in the Gulf of Mexico when she realised that different species were far more active at set times of the day.

The discovery came as a surprise for a couple of reasons. First of all, it is unusual for predators sharing the same hunting ground to work in shifts either on land or in the sea. It had also been assumed that sharks were opportunistic hunters, hunting from dawn to dusk as the opportunity arose.

‘Very few instances of time partitioning on a daily scale have been observed,’ said Lear. ‘However, this could be more common than we think in marine ecosystems, which haven’t been widely studied in this way because tracking and observing underwater animals can be more difficult.’

Researchers tagged 172 sharks with acceleration data loggers and studied 3,766 hours of tracked behaviour. In a paper published in the Biological Science Journal of the Royal Society, Lear and her colleagues suggest that the distinct time periods for hunting could be driven by a combination of physiological constraints and hierarchical pressure.

The tiger shark is the largest and most dominant of the species found here and the other species appear to fit in around them. There was a limited amount of overlap between hunting activity amongst the six species, and clear demarcations were evident. The only two species with a substantial overlap were the hammerheads that hunted at night. 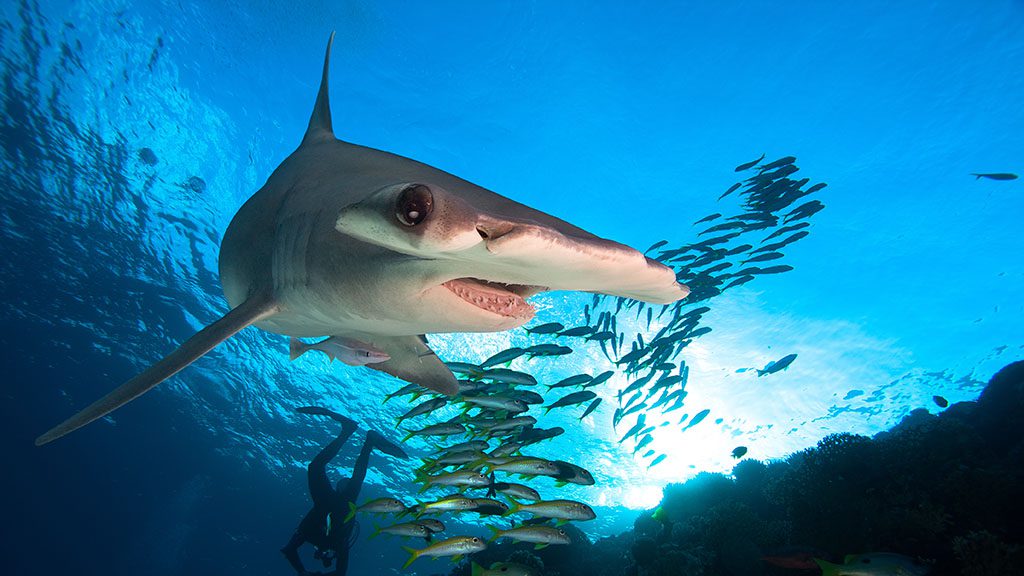 The hunting periods reflected the physical advantages and disadvantages of the various species. For example, hammerheads have superior binocular vision compared with the other species giving them an advantage at night. The smaller blacktip reef sharks seem to avoid interaction with the larger species which can feed on them.

All shark species were predating on a wide range of cephalopods, fish, and rays. Only the tiger sharks also included marine reptiles and seabirds in their diets.

As our oceans come under increasing pressure by global warming, over-fishing and pollution, sharks are going to find it harder and harder to survive, so it is important to understand the mechanisms that allow the coexistence of predators.

The report concludes: ‘Understanding the mechanisms that allow marine predators to coexist will help to preserve and restore healthy, predator-rich marine systems’. 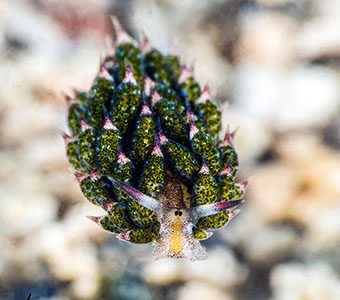 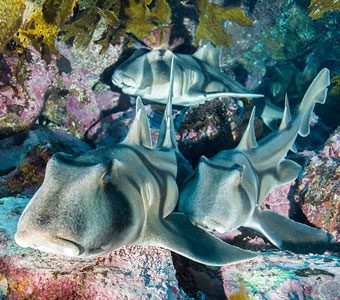