Home > Blog > Sharks learn from each other

Few people think of sharks as intelligent and socially complex animals, but a recent Macquarie University study shows that even solitary sharks can learn by watching their neighbours. This article was originally published in The Lighthouse, Macquarie University’s online news platform.

Far from being the mindless eating machines as often portrayed in popular media, new research from the Macquarie University Fish Lab, in collaboration with Flinders University, has shown that sharks are adept social learners. Researchers set out to test whether juvenile Port Jackson sharks, which are known to be anti-social, learned the route to a hidden food reward when they could interact with a previously trained shark. Compared to individual learners, sharks that had the opportunity to watch others performing the task took fewer days to master the task, and more of them were successful.

During the study, researchers observed and video-recorded 46 sharks split into three experimental groups in tanks to see which route they chose.

“Scientists thought that the ability to learn from other animals was linked to social living and for long it was seen as an advanced skill of certain animal groups like primates,” says lead author Dr Catarina Vila-Pouca. Our work shows that sharks can gather information from other animals the same way primates and birds do.”

Learning from the individuals around you, as a human, monkey, bird, or a shark, is important because it can save you the time and trouble of exploring the world to discover things by yourself, Vila-Pouca says.

Professor Culum Brown, of the Department of Biological Sciences and the leader of The Fish Lab, says that social learning, rather than a unique ability that evolved in parallel with social living, is likely ubiquitous in the animal kingdom.

“Most individual learners failed the task in the allotted time, while the vast majority of the sharks paired with a trained demonstrator learned in just a few days. Even solitary animals are likely to encounter other individuals at certain times, so they too should be able to learn and benefit from social cues.”

Vila-Pouca says the research from The Fish Lab hopes to reveal some of the fascinating cognitive abilities of sharks.

“Sharks are generally underestimated when it comes to learning abilities – most people see them as primitive, instinct-driven animals. But even solitary, bottom-dwelling species like the Port Jackson shark are obviously much smarter than we give them credit for.

“If we can get the public to see sharks as the smart and complex animals it should encourage a more positive opinion of sharks and may shift public and political will towards appropriate management and conservation actions.”

The Fish Lab is part of the Department of Biological Sciences at Macquarie University, within the Division of Brain, Behaviour and Evolution. 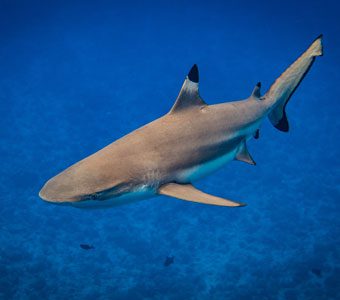 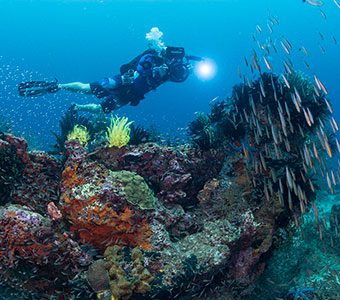