Greening Australia today announced the results from a key phase of its Reef Aid program, with a trial to reduce sediment flowing onto the Great Barrier Reef resulting in a 97 per cent improvement in water quality.

The trial project, launched in 2016 with major funding from Virgin Australia, is taking place on a cattle station, three hours south of Townsville.

With the Federal Government recently setting aside $200 million of its $500 million rescue package for the Great Barrier Reef to improve the Reef’s water quality, the results of this trial project are set to have a significant positive impact.

Since 1945, it is estimated that gully erosion at Strathalbyn Station has potentially allowed a staggering 300,000 tonnes of sediment to be washed onto the Great Barrier Reef, smothering fish and coral, creating algal blooms and feeding crown-of-thorns starfish. In turn, these pollutants weaken the Reef’s ability to recover from the impact of climate change – so a 97 per cent reduction in sediment run-off is a significant achievement. 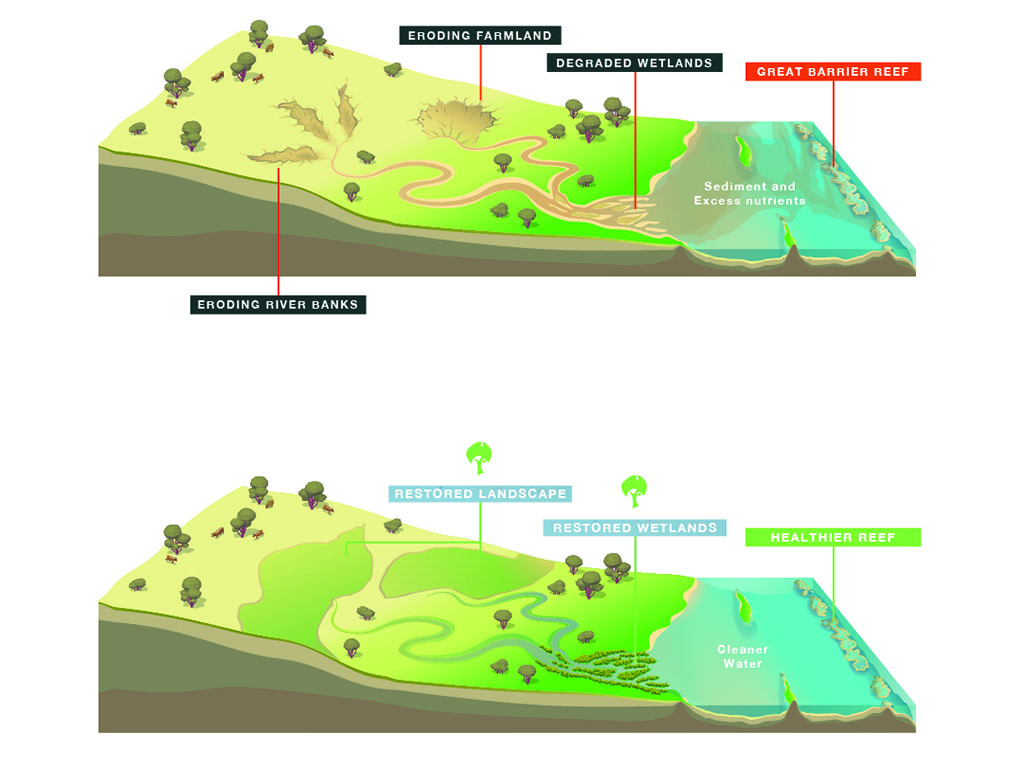 Should funding be secured to allow the trial program to be rolled out to erosion hot spots along the Queensland coast, the impact on the Reef will be significant, one less stress factor affecting the Great Barrier Reef as it battles the biggest threat of all: climate change.

“The Reef Aid project has achieved fantastic results to date and we are very pleased to be a supporter of this program” said Rob Wood, Virgin Australia General Manager of Group Sustainability.

“Virgin Australia is focused on supporting projects that provide practical solutions and our partnership with Greening Australia is helping to make a real difference to improving the Reef’s water quality.”

On 8 June, Virgin Australia will mark World Oceans Day by fundraising at its major ports, while its pilots will raise awareness of the issue with on-board announcements on flights over the Reef.

Greening Australia is now seeking support to significantly scale up the project to play an integral role in meeting the goals set out in the Australian and Queensland Governments’ Reef 2050 Plan, which includes a 50 per cent reduction in sediment load by 2030.

To find out more or donate to Reef Aid, visit reefaid.org.au

Tourism (and art) good news for turtles in Malaysia