Sex on the Reef: everything you need to know about this year’s coral spawning event.

Home > Blog > Sex on the Reef: everything you need to know about this year's coral spawning event.

Posted on September 27, 2021 by Deborah Dickson-Smith

Each year in late November/early December, the world’s biggest reproductive show takes place on the Great Barrier Reef as corals release trillions of egg and sperm into the ocean in a synchronised effort to reproduce. Often described as a gigantic underwater snowstorm, this natural phenomenon happens over a few nights each year, a celebration of life and resilience of the Great Barrier Reef.

Dates for the Great Barrier Reef’s 2021 coral spawning event in Far North Queensland have now been confirmed: 23, 24 and 25 November. There are a few ways to experience this incredible phenomenon: 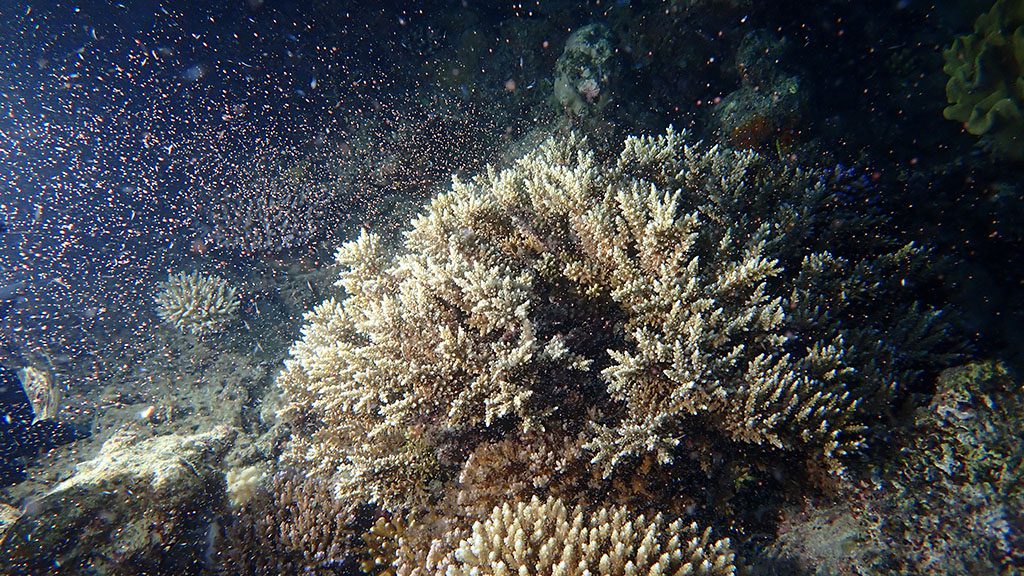 According to Great Barrier Reef Marine Park Authority (GBRMPA) Chief Scientist, Dr David Wachenfeld, the mass coral spawning is the single most important annual event in the Reef’s recovery process during which the corals demonstrate their resilience.

“The Reef is beautiful, vibrant and resilient. But, after three mass coral bleaching events in five years, it is under greater pressure than ever. In many parts of the Reef, the shallow corals were hit really hard in bleaching events in 2016, 2017 and 2020. But those that survived are a genetic gold-mine of tough corals that have proved they can survive marine heatwaves.”

Learn more about the experience in this article for Scuba Diver magazine, as Deb interviews Master Reef Guides who have witnessed the event many times. 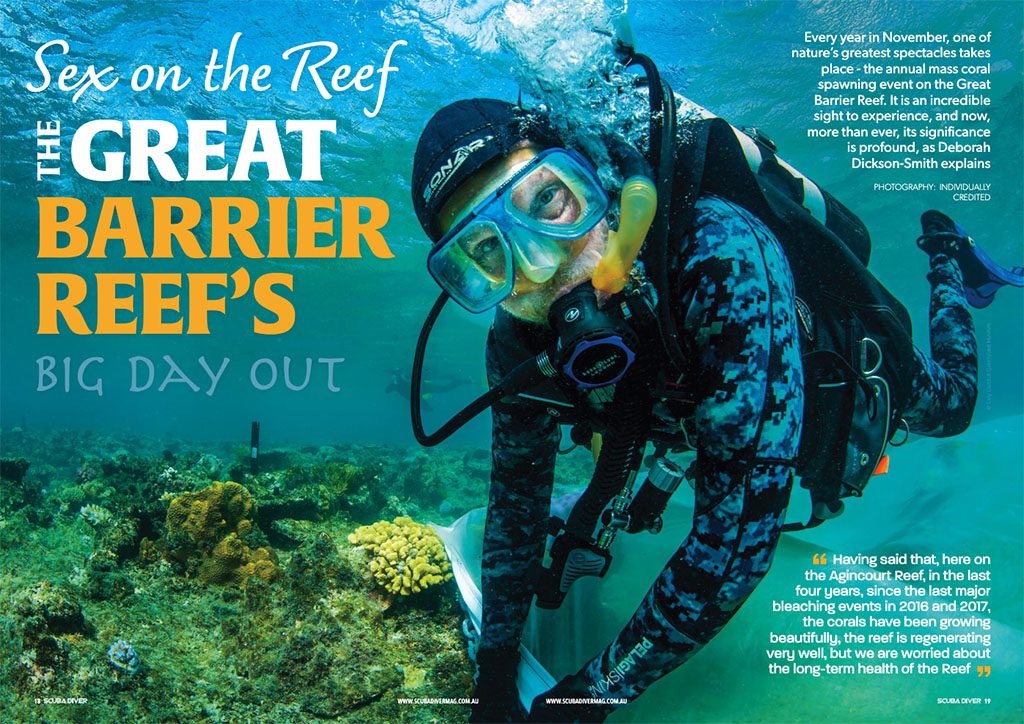 Marine biologist Stuart Ireland is fortunate enough to have witnessed and documented coral spawning on the Great Barrier Reef for over 20 years.

“Each year is still so special. The way this tiny species manages to reproduce at the same time in one giant effort and its resilience continues to amaze me. This year’s event was spectacular. We saw more corals spawning than we have in previous years. Many different species were spawning last night. From soft corals to hard corals. From massive corals to branching corals. We even saw mushroom corals spawning.”

Scientists are able to predict the event with a fair degree of accuracy, as Marine biologist and Reef Teach Master Reef Guide Gareth Phillips explains.

“Coral spawning generally happens two to six days after a full moon in November when the water temperature has been over 27 degrees Celsius for a month prior. It also requires little tidal movement and mostly happens at night when plankton eaters are sleeping, giving the egg and sperm bundles a greater chance of fertilisation and survival.

“And while we are somewhat able to predict a timeframe for when it might happen, so much about this annual event is still a mystery, for example what exactly triggers the synchronized release. Most corals – 75 per cent – are hermaphrodites which means polyps are both male and female. These corals reproduce externally, producing both sperm and egg that is released in the water simultaneously during the annual coral spawning event. After the egg and sperm bundles are released, they slowly rise to the surface where they form a thick, brown slick. Now, the fertilisation process begins. 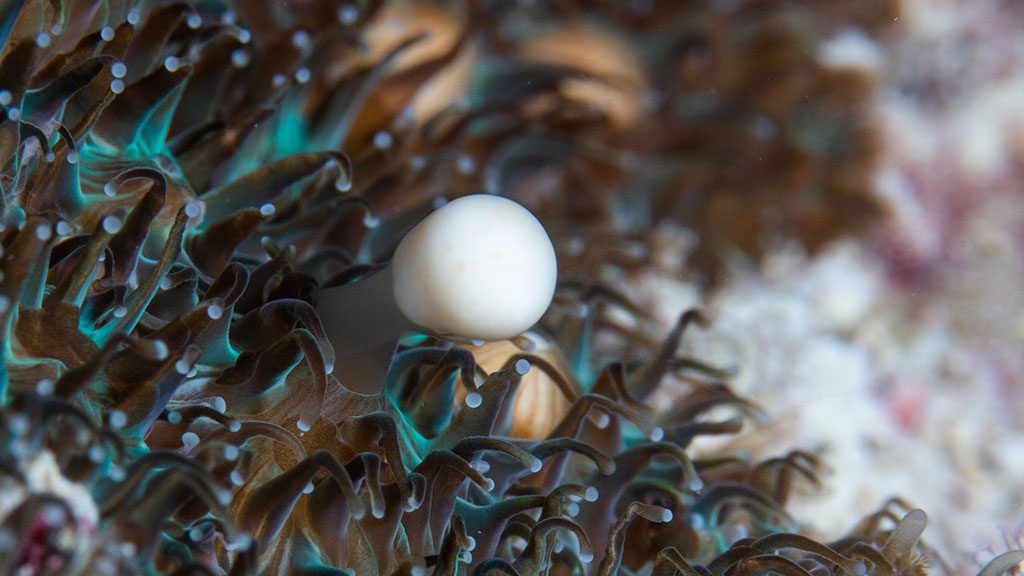 “The other form of reproduction is called ‘brooding’. It occurs when separate sex corals reproduce through internal fertilisation. During this process, the male coral releases sperm into the water that then swims to a female of the same species containing ripe eggs to fertilise these internally. Once fertilised, the eggs will develop into coral larva – called a planula – that can float in the water for several days or up to two months before settling on the ocean floor to start a brand-new coral colony. This is where new life begins for the corals of the Great Barrier Reef.” 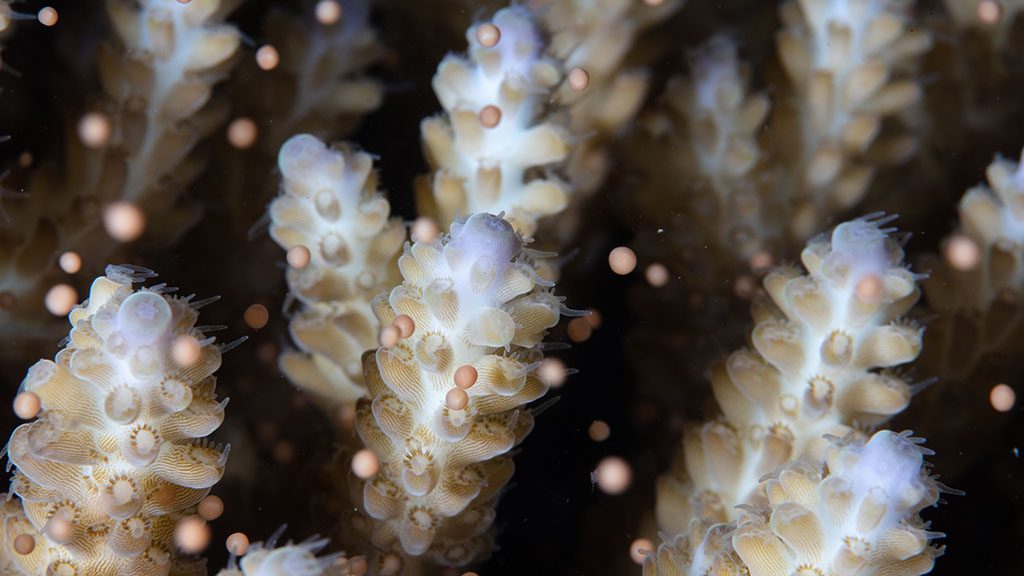 “Year after year, this shows that despite the pressures on the Reef from climate change, there is still hope for the future,” GBRMPA Chief Scientist Dr David Wachenfeld adds.

“But we have to act now. We need the strongest possible global action to reduce greenhouse gas emissions, and everyone on our planet can play a role in delivering a healthy Reef for future generations. We encourage Australians to visit the Reef when travel is possible from their state – because when you see it and fall in love with it, you ultimately want to help protect it. The Reef is an amazing sight at any time of year, but the coral spawning is one of nature’s greatest spectacles and incredible to witness. You just need to be in the right place at the right time to see it.” 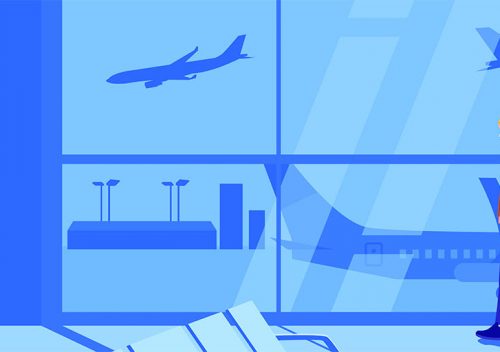 Where to next... Fiji, Thailand, Palau? 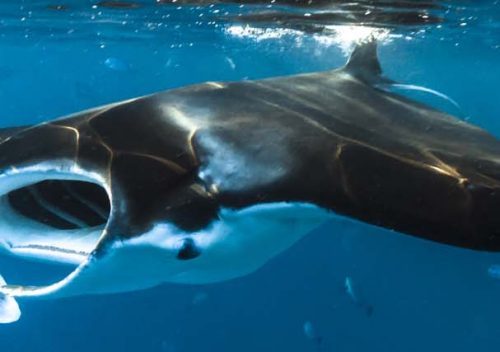