Dive from Solomon Islands to PNG: WWII history in the heart of the Coral Triangle

Home > Blog > Dive from Solomon Islands to PNG: WWII history in the heart of the Coral Triangle

We’ve featured an extract (below), and you can read the full story in PDF format here: Journey through a war torn paradise. This is where our journey starts; Honiara, through the so-called Iron Bottom Sound, a moniker earned on August 8th, 1942, when the United States and her Allies suffered the worst blue water defeat in American naval history. While Pearl Harbor was a stunning victory for the Japanese, and The Battle of Midway was the first Victory for the United States, it was here at Guadalcanal that both these naval giants went head to head in a series of epic battles. Below us was the graveyard of nearly fifty ships involved.

A Cut Above – Leru Cut

Our first dive of the expedition was the stunning Leru Cut in the Russell Islands, a long vertical passage that penetrates deep inside the island. The passage is about as wide as a bus with high walls that flank divers on both sides, extending vertically about 15m from a sandy bottom, where upon they break the surface and continue upwards into the jungle and an overhanging green canopy.

As a diver, it is a pristine and tranquil experience to be suspended mid-way in The Cut, with sunlight gently filtering down, lighting your way through crystal clear water. You can surface at any time and listen to the sounds of water gently lapping on the walls and the sounds of nature in the jungle above. The Leru Cut opens out onto a coral wall with large sea fans and colourful coral, massive gorgonians, and a plethora of little critters, such as popcorn and anemone shrimp to round out this fascinating dive.

When you first lay eyes on Marovo Lagoon you are immediately in awe of her beauty. The green of the more than one hundred small and mostly uninhabited islands, the blue of the deeper parts of the sea, and the white of the shallow coral reefs, gives you an understanding of where the colours come from on the Solomon Islands’ flag.

Marovo Lagoon is a double barrier reef-enclosed lagoon, and being remote, is seldom visited by tourists. Much of the lagoon is as untouched as it was in 1946 when American author James A. Michener described it as the eighth wonder of the world in his Pulitzer Prize winning book Tales from the South Pacific.

Japanese transport, the Toa Maru sank on the northern side of Sepo Kokiti Island, just north of Gizo in the Solomons’ western province. Now, 75 years later, she is considered to be one of the top 20 wreck dives in the world and she wasn’t hard to find. She lays on her starboard side with the highest point of her hull in seven metres and her stern in 37 metres.

From Gizo to Alotau in Papua New Guinea

After an almost 800km crossing, we arrived in Alotau in Milne Bay, Papua New Guinea, where we were joined by Craig de Witt, one of the most knowledgeable and connected dive guides in Milne Bay. He knew exactly where to take us. After visiting historic Skull Island, we went for a dive on a sight that Craig knew to be special. The dive site, known as Barracuda Point, is a dramatic wall, with lots of caverns and swim throughs to explore, while in the blue, large schools of fish, sea snakes, turtles and even a hammerhead shark.

From reefs to wrecks: the P38 Lightning

The wreck of the P38 Lightning is one of WWII’s most intact aircraft wrecks. In its day, it was one of the most effective allied fighter planes. The P38 Lightning went down on November 27, 1943 while on a mission from Dobodura Airfield. While attempting to return to Dobodura, the pilot realised he was off track, turned west and got as far in as Basilaki Island before running out of fuel. Thirty eight years later on December 1st, 1981, renowned scuba diver Bob Halstead located this aircraft at 258° from North Point and about 150 yards offshore. The P38 remains in situ and intact on the sandy bottom.

Diving the Solomon Islands and Papua New Guinea is a double whammy in more ways than one. Being on the eastern tip of the Coral Triangle, the two countries are rich in marine biodiversity and being the epicentre of some of WWII’s key naval battle scenes, rich in WWII history – with lots of wrecks to explore.

There are several ways you can experience part, or all of the trip that Todd undertook last year on the MV Beluga.

The Solomons PNG Master Liveaboard does several crossover trips from Honiara and Munda in the Solomon Islands to Rabaul in PNG, and back again.

You can explore parts of this itinerary – such as Leru Cut and the other stunning caverns of the Russell and Florida Islands on the Solomons PNG Master liveaboard, the Bilikiki or on a Solomon Islands Discovery Cruise – a family-friendly cruise that includes snorkelling, free diving, kayaking and SUPing as well as diving.

Explore Marovo Lagoon and the stunning barrier reefs from Uepi Island Resort. The resort is on the tip of Uepi Island, with access inside and outside the lagoon for diving.

Dive the shallow plane wrecks, beautiful coral walls and gardens of Munda and Gizo – as well as the colossal Toa Maru wreck in Gizo.

In PNG, there are wrecks and pristine reefs to explore near Walindi Plantation Resort, Lissenung Island, Tufi and Rabaul Kokopo Dive. To explore further afield, you can’t beat a liveaboard trip aboard the MV FeBrina or the brand new MV Oceania. 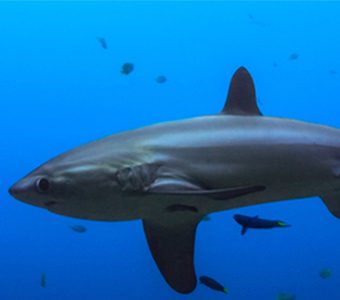 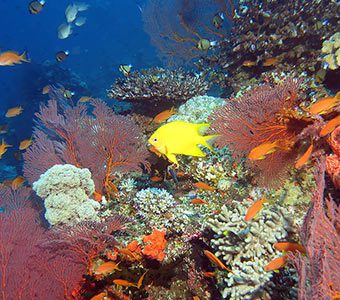