Diveplanit profiles Scott Portelli, an award winning wildlife, nature and underwater photographer, has spent thousands of hours in remote locations across the globe filming and photographing wildlife in the underwater environment.

I think travelling to remote destinations around the world and exploring the underwater world is what inspires me now as an underwater photographer, but in the beginning, I was exploring my own back yard and growing up in Sydney and spending so much time in the water, I found that I wanted to record what I was seeing. The more I explored the more I wanted to find out what some of the creatures I was seeing were, so I bought a camera and started taking photos. The first underwater camera I bought was a Nikonos V underwater film camera. I shot a 36 roll of slide film per dive, so I was limited by what the equipment could do, but at the same time it was a great way to learn about light underwater and how different depths affect colour and light. Now I use various Canon equipment including a Canon 1DX MK II and a Canon 5D MK III in Seacam underwater housing and 2 x Ikelite DS161 strobes. These set ups give me a lot more flexibility for both Macro and wide angle photography.

Who were your marine heroes?

I always loved Bob Talbot’s imagery of whales and dolphins and had many prints on my walls, I also loved that he photographed and filmed some of the most amazing cetaceans in the ocean. I saw a film one time that was shot in slow motion of some dolphins swimming, this really inspired me as it captured the grace and beauty of these amazing mammals and I knew I wanted to do this and get in the water with these creatures and experience what they experience. When starting out, did you plan a life that was ocean-based?

No, I don’t think I really planned this career, and I worked in a number of industries before I went down the path of becoming an underwater photographer and ocean activist. But being able the share my imagery, educate people and contribute to research is something that has helped me shape my career and meet like-minded people along the way. The ocean is mysterious and wonderful and the creatures that live in it are so unique and vast, that you could never know them all. Knowing that every day in or on the ocean is never the same makes it the most special place for me. Was there a turning point where you made a decision to focus on the underwater world?

I think the more I learned about the plight of the ocean the more I wanted to help create awareness through my photography and documentary work and see how this could help convey a message of conservation. So I am not sure there was a single point, but a multitude of way points along the way.

There are so many, and it is hard to pin point one, I have spent thousands of hours in the ocean interacting with marine life, and have had memorable moments on several occasions. Unfortunately, no, I think there is a small number of people that really embrace the ocean or for that matter protect it. It is a shame that people fear sharks so they think they should kill them indiscriminately or that they don’t care how a plastic bag can kill the ocean and its creatures. It is an ongoing education battle but the good thing is there are many dedicated people that will take the time to educate others. Very few people know what creatures are in the ocean or how important the habitat is not only to the animals but to their own survival. I think through my Photography I want to show the world how mysterious and beautiful the ocean is and that everything that lives in it is unique.  If someone asks me what a creature is that I have photographed, then it is an opening to show them many other aspects of the ocean and hopefully have them become evangelists of the ocean and its creatures. To see more of Scott’s amazing photography you can follow him on:

If you want to join Scott on any of his Wildlife Trips checkout: www.scottportelli.com

You might also like to know that Scott is hosting the Underwater Photo Shootout on Lord Howe Island in June … the two major prizes are two separate week long adventure tours to Tonga and Lord Howe. But hurry – there are only a few spaces remaining. 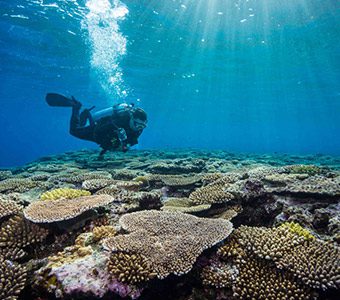