Three years ago, we visited Bunaken National Park in North Sulawesi, and we were introduced to the incredible diving in that part of the world, the heart of the Coral Triangle. It was then we discovered that the nearby tiny island of Bangka, an island surrounded by pristine coral reefs, was about to be completely destroyed by a Chinese mining company. Back then the case seemed hopeless – but this week we discovered that the (now proven illegal) mining company has left the island for good. So how did the locals save Bangka Island?

German university professor and environmental campaigner Eku Wand, inspired by a passionate local community, had a lot to do with it.

“I care very much about Bangka Island. I first went diving there in 2007 at the German dive resort Pulisan Jungle Beach Resort, located opposite the island on the mainland. It was then I learned just how special this place is. “The island is situated in the middle of the Coral Triangle, which has the highest recorded biodiversity on the planet. It has four small villages, a population of about 3,000 people and five small scuba diving resorts who provide work opportunities, help the local community and increase environmental awareness through educational projects at the local schools. “The island is home to tarsiers, cuscus, an incredible array of marine species like the dugong and local fishing communities. Mangroves ensure protection against erosion and offer shelter for juvenile fish to develop.

In September 2008, the Regent (Bupati) of North Minahasa, Sompie Singal, issued a permit to PT Mikgro Metal Perdana (PT MMP), a subsidiary of the Hong Kong based Aempire Resource Group under Shenzen Energy from Guandong/China, to explore for iron ore on Bangka. “I learned about the imminent threat to Bangka Island from Pulisan resort owner Katrin Weise. There was a similar gold mining activity happening on the mainland at the Toka Tindung Gold Mine. I had heard about the terrible health implications for the local people, the environmental destruction and poisoned run-off pouring into the ocean from Katrin and her fruitless attempts to stop it. I suggested we try social media this time and to run a public solidarity campaign — although at the time I had little experience with this.” Other than a few physical activities, the movement started solely with a Facebook Group called “Save Bangka Island Petition – Stop The Mining!” in November 2011. Its 1,700 members later renamed their group “Save Bangka Island”, (there are now more than 7,700 members). Other accounts were set up on Twitter, Google+ and Pinterest, which were all managed by Eku. From that point, to where we are now, over a period of five years, a long battle has been fought – against corruption, an uncaring government and an unknowing global audience. So ultimately, how did the Save Bangka Island movement work?

“It is hard to give a simple answer like a ‘recipe’ for this question because the mining case itself was getting more complex every year. There is a rule of cybernetics called ‘Ashby’s Law’ which states that a complex problem can only be solved by an even higher complex solution system. “We had to define goals, develop a strategy, define milestones, and establish a public and private network. All this was done through social media platforms and various cloud storage and communication Apps.

“There was liaison with government offices, online petitions, online crowdfunding to finance lawyers’ fees and transport costs — all these things were part of the battle.”

Generating measurable attention and public pressure through consistency and passion with provable facts has been key.

“Sharing information – provable facts concerning Indonesian laws and environmental issues has been critical to the campaign’s success, as well as information about the island’s biodiversity, the sustainable livelihood it provides for locals, its natural beauty. Keeping the information flow up-to-date helped to grow a broad online following. “Corruption could only be overcome by making it provable and public – to let our enemies know that they could not hide behind their ambiguities and false truths (fake news!) as we unmasked all of the hypocritical and tactical activities to legalise their mining plans.”

“Well, unless the Ministry for Energy and Mining revokes the permit, there is still the possibility that the company bribes its way along. For the moment they are stopped. But in Indonesia you never know,” according to dive operator Katrin Weise, former owner of Pulisan Jungle Beach Resort.

What’s next for Bangka Island?

The mining operation has been in place on Bangka Island now for almost 10 years, so you can just imagine the damage done to the environment and a community displaced.

The Save Bangka Island crowd-funding campaign will likely continue so that programs can be put in place to:

All of these organisations were involved in this battle for the environment:

And last – but without a doubt not least! Eku Wand — activist and social media professional. Plastic Ocean Movies - where to watch for free 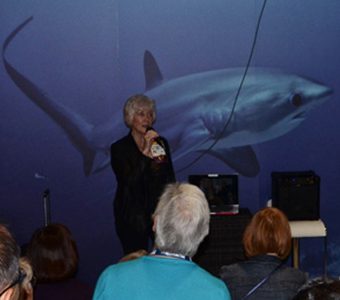 Underwater photographer Lynn Funkhouser is committed to making a difference