Marine biologist Stuart Ireland, who has been documenting the annual synchronised spawning on the Great Barrier Reef for more than three decades says this year’s event is the best in six years. Stuart Ireland from Calypso Productions emerged at the Sunlover Moore Reef pontoon last night with coral spawn blanketing the water around him.

“Maybe 30 species of hard and soft corals spawned in the space of just 90 minutes,” he said. “Everything from plate corals to staghorn corals, crusty corals, a honeycomb coral and about six to seven species of Acropora spawned.” Sunlover Reef Cruises marine biologist Pablo Cogollos described the pungent smell of the spawn as the smell of victory.

“One of the highlights that we filmed was a big boulder coral looking like it was smoking as very tiny eggs and sperm emerged from its small coral polyps.”

The previous night the soft corals at Moore Reef kicked off the annual event which happens each November between two to six nights after the full moon. Mr Ireland said the special event showed that the Great Barrier Reef was resilient despite the challenges that man and climate change had thrown at the World Heritage Area. “I enjoy filming the coral spawning every year as it gives me hope for the Great Barrier Reef. “Despite the past bleaching events in 2016-2017, the fact we are seeing corals spawning means the functionality of the ecosystem is working, and while we see this, along with recruitment and regeneration, we can all have some hope about the Reef’s future.

“While we should all have hope that the Reef’s in-built resilience will prevail, the one thing I do stress is that as humans we need to minimise our impacts on the Reef so it can continue its natural cycles.”

Meanwhile, at the Australian Institute of Marine Science (AIMS) in Townsville, marine scientists were witnessing a simultaneous spawning event in the controlled environment of the Sea Simulation (SEASIMS) laboratory. Lab conditions simulate daylight hours and moon phases with incredible precision and scientists have been amazed that the coral propagated here behaves in exactly the same way, with the same precision, as it does on the Reef. “It’s incredible that a living organism with no visual sensors can tell exactly what part of the moon cycle they are in, and what time of day it is – to the minute – to be able to spawn simultaneously.” The next phase for the SEASIMS project is to take the propagated resilient coral hybrids out on the Reef and determine their survival chances outside lab conditions.

AIMS is also putting considerable resources into monitoring Australia’s tropical waters and its Technology Development Engineering Team, led by Melanie Olsen, is researching increasingly sophisticated technology to monitor conditions. This includes the use of several different types of drones working above and below the water’s surface to measure water quality, temperature, ocean currents as well as identifying corals, monitoring coral health and marine biodiversity. By embracing new technology, scientists are able to collect and analyse data faster, perhaps taking this process from two months to a single day, so they can deliver outcomes, make recommendations and act faster than they have previously been able to do. 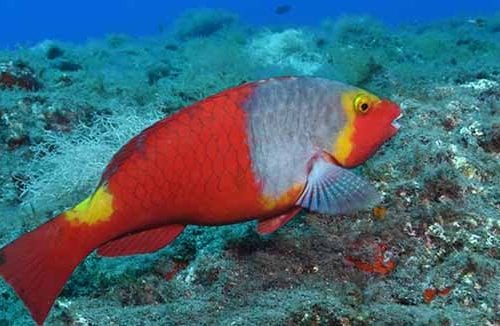 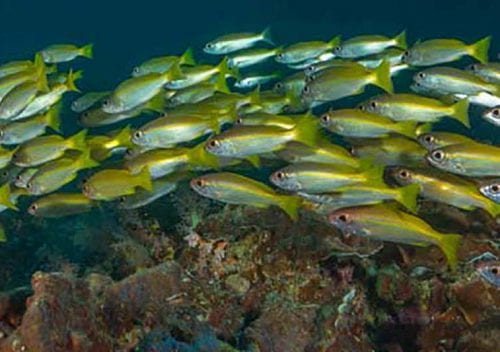 Thailand acts to protect its marine environment and divers can see the difference already.