Right now, everyone’s talking about Wolf Rock. A Queensland dive site that suddenly everyone wants to add to their bucket list. So where is it exactly? And why is it so special?

The rocky pinnacle called Wolf Rock is a 45-minute boat ride from Rainbow Beach, just north of the Sunshine Coast – halfway between Noosa and Hervey Bay.

Alex Heathcote, James Nelson and his partner Fiona Butler have been running Wolf Rock Dive Centre for just over 15 months, and in that time have revealed a little-known underwater wonder to the world with their amazing videos.

We interviewed James about Wolf Rock and asked him to explain why it’s so special.

So, what is it that makes diving at Wolf Rock so special?

Wolf Rock is best known for its Grey Nurse Sharks but we think the sheer diversity of marine life, including many specimens that are so large it blows your mind, is what makes Wolf Rock a world-class dive spot. The rock formation is also spectacular which makes the dive even more interesting, but it’s the consistency of the experience that makes Wolf Rock stand out – even on a quiet day it’s a good dive. 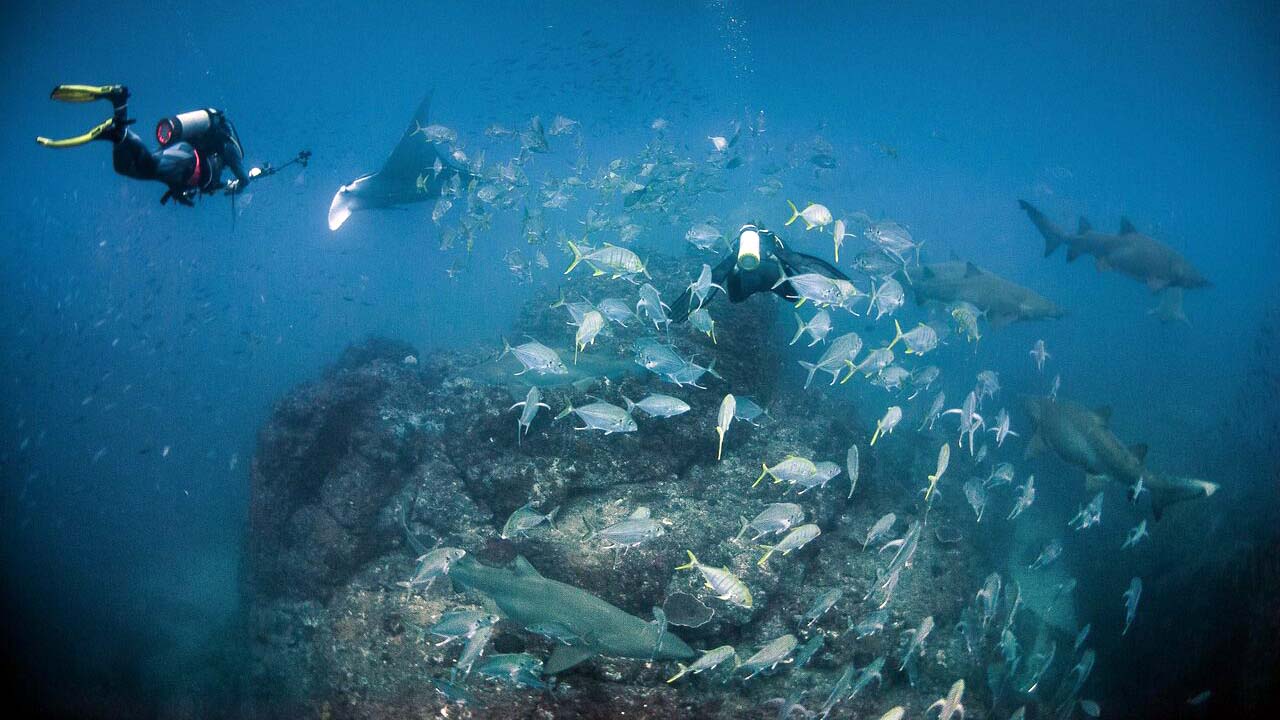 What are the best times of year to visit?

There’s something interesting to see here year-round. The Grey Nurse Sharks are a resident population, but if you want your dive accompanied by whale song, the annual humpback whale migration comes straight past the dive site between June and October.

What marine life can divers spot at Wolf Rock?

There are several different species of sharks and rays consistently seen on the site. Grey nurse, leopard, wobbegong, guitar shark, three species of turtles, eagle and manta rays, pelagic fish (such as barracuda, giant trevally, kingfish, mackerel and cobia), moray eels, nudibranchs, tropical and sub-tropical fish. You name it, you will probably see it here. 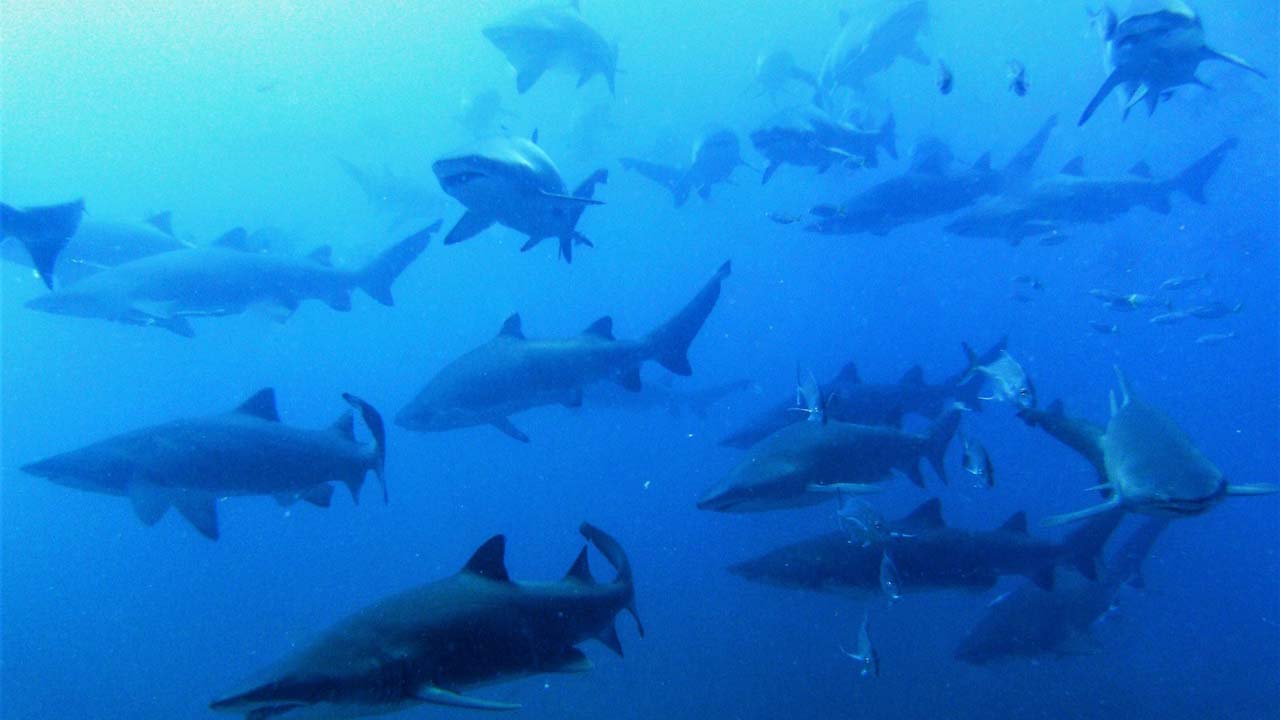 Is there any particular dive at Wolf Rock that stands out in your mind?

There have been a few dives where we saw a giant ornate eagle ray which is like a spotted eagle ray on steroid – they have very distinctive striped markings and are fairly rare. On another recent dive, we encountered a mola-mola (sunfish) and it is always a special sight to see these deepwater fish in the shallows.

Any dive when you see grey nurse sharks, manta rays, eagle rays, bull rays, giant Queensland groper and loggerhead turtles in the same dive is one to remember, and this experience can be quite common in summer.

I’ll never forget one dive when we had about 70 or so grey nurse sharks and four manta rays all mixed in together, with 30m visibility – that was an outstanding dive! The sharks are mostly about three metres long and seeing that many large sharks together in such clear blue water was amazing.

I also enjoy the days when I’m on the boat as a surface supervisor and we have humpback whales cruising past us on their way from Double Island Point to Fraser Island. I’m always hoping the divers have seen them as the whales pass straight over their bubbles but they happen to be looking up at the right moment less than I’d hope. 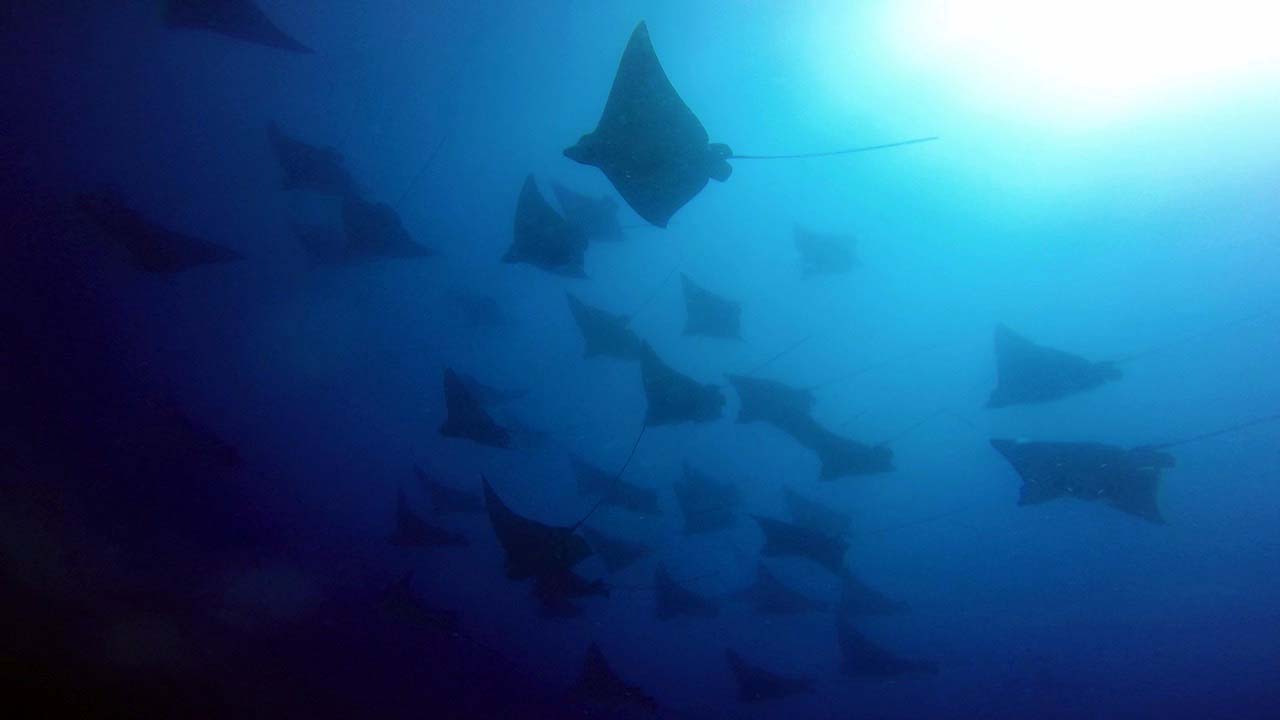 Do people need to be experienced divers to join you on a Wolf Rock dive?

Not necessarily all that experienced but divers do need to have a minimum Open Water Diver qualification and have been diving within the last 12 months. We regularly take open water divers under our instruction to safely guide them on their first 30m dive (with sharks).

To find out more about diving at Wolf Rock or to book your dive visit the Wolf Rock Dive Centre Facebook page which is regularly updated with daily footage, or their website. 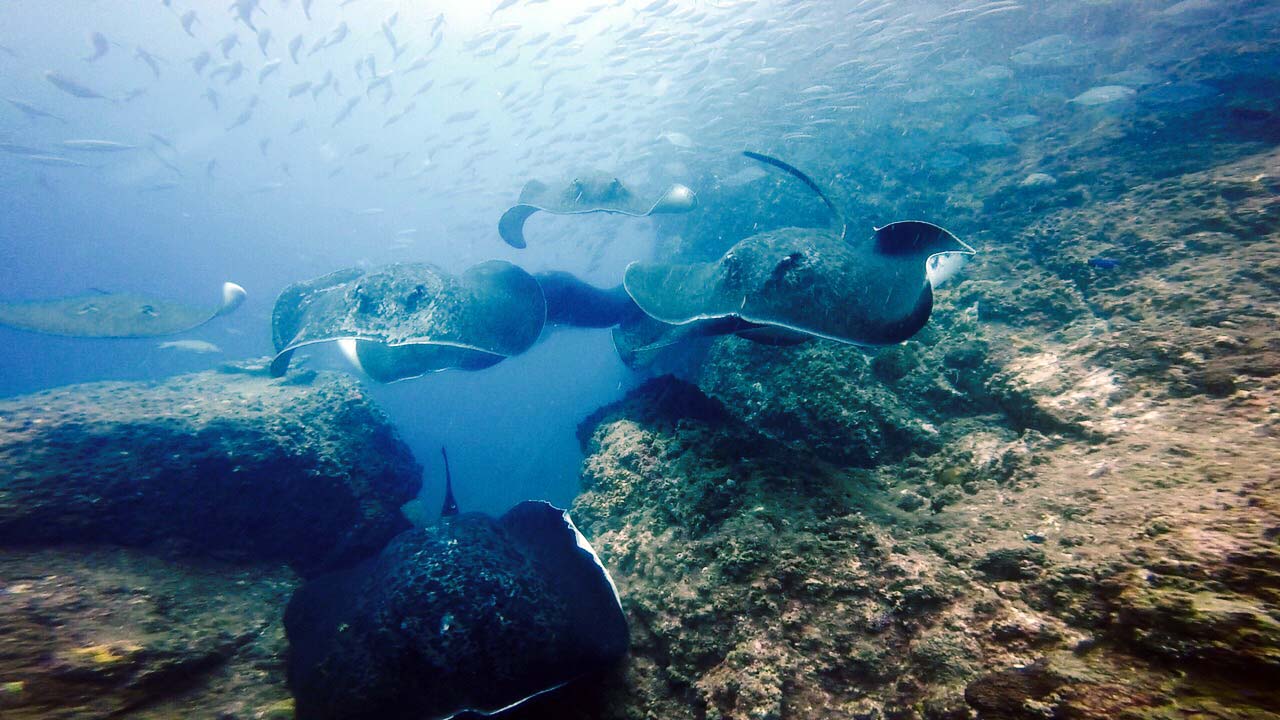